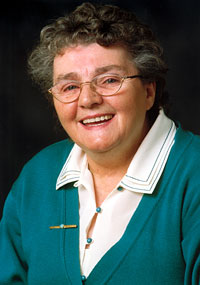 In 1999, the RUC sent 60 of their ‘seasoned’ officers to Kosovo to help establish rudimentary civil administration and policing. Shortly after their arrival, in the embattled Serbian Province, Orange tee shirts appeared on vendor’s stalls with the logo ‘I No Catholik, Donut Shut’. On the reverse side was a crude bulls eye with a red diagonal ‘No’ stripe, emphasising the fears of the people, the majority of whom are Muslims that the new ‘peace-keepers’, might mistakenly identify them as Catholics and shoot them.

That says a lot about the international reputation of the RUC, the police force set up in 1922 by the British to maintain Unionist law and order and whose activities since then, have placed them in the same category as Central American death squads.

The O’Loan report has validated those individuals, and human rights organisations who have consistently presented evidence of widespread collusion between state forces and Unionist paramilitaries, in a campaign of terror, that O’Loan claims prolonged conflict, even after the Good Friday Agreement and the efforts by Sinn Féin to progress peace. Perhaps if the British and Irish Governments had acted on the information, lives may have been saved.

Blair has expressed profound regret and Ahern has stated that he will raise the matter with the British Government. Are they trying to tell the bereaved, that they knew nothing about this? That the allegations over the years of collusion were just ‘Provo speak’ and those who sought to bring the matter of ‘the force within a force’ were fellow travellers of the IRA. Unionist politicians are still in denial that their RUC was running a murder machine.

The most pertinent response to the report by Nuala O’Loan, came in the words of the daughter of John Harbinson, who asked the simple question – ‘How did they get away with it?’ The answer is equally simple. They got away with it because the British Government has refused to acknowledge how they have governed in this partitioned entity. That when it came to the interests of democracy, human rights, justice and equality, proper policing, they preferred the bad government of Unionism.

Is Peter Hain trying to tell us that the British Government knew nothing about the murderous activities of the RUC and their collaborators during a time of peace negotiations and political talks? Did the secret organisations, MI5 and all the other spooks not alert them to a situation where serial killers were operating within their police? That they continue to reward murderers with honours is an affront to the relatives of those murdered.

It is clear that the activities of the death squads during the period in the report were directed at wrecking the peace process. It didn’t succeed. That doesn’t mean that those responsible for directing terrorism, for that’s what it was, should not be made accountable to the people and the law. What we heard yesterday was but the tip of the slagheap. The dirt is still buried underneath.