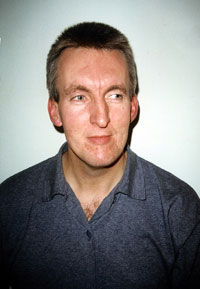 Out from behind the doors

On Sunday delegates to the Special Árd Fhéis will vote on the one motion before them, the outcome of which will decide how republicans engage  with policing and judicial processes in the North. The event marks another historic day in a string of such days over the past 13 years. Those mandated to vote will represent cumainn from all parts of the country but there are many other republicans, outside of the party, who have an equally keen interest in the outcome.

The vote follows debate and discussion that has been intense in recent weeks and yet the topic has been around for nine years – since the signing of the Good Friday Agreement. In many ways, some opinions expressed of late reflect the ambiguity and unease that some republicans have harboured from the signing of that Agreement – an unease that understandably arises when moving from an historical position, strategy and culture of resistance to one of engagement, negotiation and governance. Although the core principles of that new strategy are very clear, simple, and frequently articulated by leadership and even rank and file membership, the working out of the strategy in concrete situations often unnerves.

Karl Marx once wrote: “Men (sic) make history but not in circumstances of their own choosing.” It took republicans some time to learn that. In the early 1970s the slogan on the walls was ‘freedom ‘73’ followed by ‘freedom ‘74’. We never had a ‘freedom ‘75’ as reality began to sink in that it was going to be a long, hard struggle. It wasn’t until 1986, however, that Sinn Féin finally changed its position on abstentionism – a policy that prevented them from taking seats in Leinster House. The change in policy didn’t mean an acceptance of Partition - merely a recognition that the overwhelming majority of people on the island accepted the institutions of government in the South and republicans had to work with that reality. The change to policy was neither easily nor quickly arrived at but it signalled a crucial step in a long road moving from wishful thinking to accepting material conditions and then working to change those conditions.

Eight years later the Army made a similar decisive move when it called the first cessation of military actions. It did so after drawing the conclusion that a military stalemate with British forces existed. The IRA had the volunteers, armaments, commitment and support to continue the armed struggle but thankfully by then republicans realised that it can never be simply about continuing - it has to be about reaching the objective. It has to be about winning. And a stalemate situation is not winning. The only one who gains in a stalemate is the status quo and therefore the onus will always be on those seeking to bring about revolutionary social change to take the bold initiatives. That’s what the Army did in 1994, again in 1997, and in subsequent periods.

Although the head should rule the heart it was nevertheless difficult to give up on the desire to militarily drive the British out of Ireland. We held dear those historical scenes of Fidel and Che driving into Havana, guns held aloft, and the scramble from the roof of the American Embassy in Saigon (now Ho Chi Minh City) as US forces fled before a victorious Vietnamese revolutionary guerrilla  army. We wanted to see the same here. The ‘method’ of reaching our objective at times seemed more appealing than reaching the objective itself.

In hindsight, it was never going to happen that way because Ireland is not Cuba or Vietnam. And many other successful revolutionary struggles since then did not end in similar fashion. More common has been firstly a cessation of military actions followed by a period of negotiation and subsequently a negotiated settlement. And struggle, as we all know, doesn’t end with the ending of one particular tactic – that of armed struggle. It broadens, becomes more diverse and requires greater participation, courage and confidence. It demands commitment, dedication, and revolutionary discipline – a discipline that comes from within, not imposed from without. It requires a belief in the capacity and ingenuity of its leadership. Most importantly, it calls for an imagination that can see the ‘new’ beginning  to take form whilst the ‘old’ still exists; a rejection of absolutist positions; a capacity to duck and dive, twist and turn in true guerrilla  fashion to counter opponents’ tactics; and, a strength and confidence gained from long experience of struggle.

There are some who feel they cannot take such a leap, can’t support the Árd Chomhairle motion and therefore must leave the party. That is fair enough. Everyone must be clear in their own mind what their personal politic is as well as that of the party. When they feel too much of a sacrifice is being demanded in terms of the former then it is probably best they part company. However, the comments of a party member who now appears motivated on the policing issue only after failure to be selected by party colleagues as an electoral candidate, ring a little hollow. Likewise those who cite a lack of debate when it could be more accurately stated that what they dislike is the outcome of that debate. Because let’s face it, the debate has been around for years and those who haven’t engaged in it or preferred to put it ‘on the back burner’ were kidding no one other than themselves – or else never fully understood or internalised the strategy in the first place. As for those who left the Movement many years ago but who continue to talk about it and the leadership with an energy that often surpasses that of the ordinary rank and file party member, their comments have long since lost any coherence or critical content they may once have held. When you are neither responsible for anything, nor accountable to anyone, then you can enjoy the freedom to engage in flights of fancy. Many of us indulge in a similar pursuit after a few pints but usually have the sense to realise – or good friends, partners, or comrades to remind us – that’s not the real world.

The reality of course, for those who do leave the Movement at this juncture is that, just as in the case of those who walked out of the Árd Fhéis in 1986, there is nowhere else for them to go. Like it or lump it, there is no organised group on this island, outside of the Republican Movement, who has the capacity to bring about the type of changes we all envisage on this island – political, social and economic. The southern political parties, the SDLP, the churches, the unionist parties and the British government have to varying degrees an interest in maintaining the status quo. Republicans are the only ‘agents of change’. And change doesn’t fall from the sky. An all-island police service doesn’t simply one day appear out of nowhere. Neither does a 32 county democratic, socialist, republic. Things don’t just happen – you must make them happen. And that often entails taking the painful, soul-searching decisions that we would rather not.

In this current phase of struggle we are not only pursuing a path forward to new political structures on the island but also engaging with the past – and the two must occur simultaneously. There is a need for a truth recovery process and for those seeking knowledge about their family members, relatives and neighbours killed in the conflict to reach some sense of closure. There is no reason why efforts towards those ends should in any way be deflected by engaging with the current policing and judicial arrangements. Indeed it can be more rightly argued that only by engaging with them can we more quickly uncover evidence of the collusion we know existed between the RUC and unionist paramilitaries.

The reasons for participating in political institutions and other bodies North and South, at a local and national level, have never been because republicans think those institutions, as currently structured, are the best or only way they could ever be. We participate in those institutions to represent our electorate, promote a republican agenda, and bring about change. In that regard, remaining outside institutions and structures that provide an opportunity for ensuring accountability over policing, the courts and prisons, has jarred with the overall logic of the current strategy. Leadership would argue, of course, that in this instance it was best to resolve several major issues first which would ensure better systems of accountability later. However, that time has now come.

The one criticism I have of the Árd Chomhairle motion and the process that led to it is that debate around recognising the current policing and judicial arrangements in the North was tied to what the DUP may or may not do in terms of power-sharing. If we believe it is right to do it, that it is the way to advance our strategy, then it is the thing to do – and it doesn’t matter what the DUP do afterwards. Yes, we would like to see the Assembly and institutions up and running but that is their decision, outside of our influence. There are some who believe the DUP will never share power with republicans; that the only time they do (in local councils) is when republicans with the majority of seats, share that power with them. But that shouldn’t matter. That shouldn’t influence the decisions republicans take to advance their politics and struggle. More importantly, there are other institutions in the north, much more powerful than the RUC ever was, that have been largely ignored in the debate around policing. Those who staffed the highest positions of the Northern Ireland Office throughout the decades of the conflict and devised and implemented discriminatory policies against working class communities and republicans in particular are seldom mentioned. The structures and processes they set in place still remain today and we bear the impact of them, most particularly in terms of financial investment. It has been repeatedly identified in post-insurrectionary phases of struggle around the world that the civil service apparatus of the former regime is the greatest block on bringing about radical or progressive change under a new system of government. It’s easy to spot the armoured jeep pass through our estates or identify the uniformed figure but less so the hand of oppression in the pin-striped suit.

Last week I escorted a group of republicans from Dublin around Long Kesh – one of the most brutal symbols of the British presence in Ireland and yet equally a symbol of the victory of the human spirit (of republicans) over oppression. Today it still stands only because its former inmates prevented its demolition – a small but significant indication of the political strength the nationalist community now wields in the North. As we stood in the prison hospital recounting the days of hunger strike in 1981 one of the visitors asked how it was in later years. I summed it up by recalling a conversation I had with a prison security governor in the late 1980s, by which time we had achieved all the demands for which our ten comrades died. Referring to the period of the blanket protest, the security governor commented, “Our big problem was that no one ever thought about what we would do once you came out from behind those doors.” A prison governor never spoke a truer word.

See you all on Sunday.

• Laurence McKeown was a republican POW in the H Blocks of Long from 1976-1992. During that time he spent four-and-a-half years on the Blanket Protest and 70 days on hunger strike. Released in 1992 he is the author of several books and a play and works as Development Officer with Coiste na n-Iarchimí, the umbrella organisation for republican ex-prisoners groups.