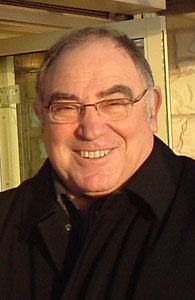 Ronnie Kasrils is to address the AGM of Sinn Féin’s Cúige Uladh this coming Sunday, 16 January.  The AGM will be held in Mullaghbawn, County Armagh.

As a senior member of both the ANC and the South African Communist Party, Kasrils will address delegates on the vital role of negotiations in struggle.

Declan Kearney, Chairperson of Cúige Uladh, told An Phoblacht that the AGM will be open not just to delegates but that all activists are welcome to attend. He said that party members from both the Leinster and Connacht Cúigí would also be in attendance.

Kearney explained that, in inviting Kasrils to address the Sinn Féin gathering, Cúige Uladh intended to tap into the experiences of the ANC during their negotiations with the apartheid regime in South Africa.

“We are eager to hear from Kasrils how the ANC managed the process of transformation throughout the negotiations and how those negotiations impacted on the base.

“Our own experience of the process of negotiation is that it is not straightforward, that there is uneven development and obviously there are pitfalls. It is in that context that we want to draw on the South African experience and learn from it,” concluded Kearney.

Sunday’s AGM will also hear from Sean Begley, who chairs the party’s election directorate, and Brian Tumelty, who will report on the progress of party development in the past year.

Newry/Armagh MP Conor Murphy will deliver a political report, outlining developments in the peace process at the present time.