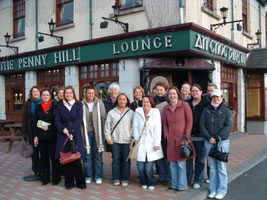 Speaking to An Phoblacht, Joanne Spain said Sinn Féin's aim is to bring women to the fore of political life.

"We are determined to get republican women elected to the Dáil in the next election and this Saturday will be a show of the all-Ireland strength that we are bringing to the race in this constituency", she said, adding that many of the problems that she has encountered in Lucan, such as a lack of childcare and school places, and poor healthcare provision, affect women particularly.
An Phoblacht
44 Parnell Sq.
Dublin 1
Ireland