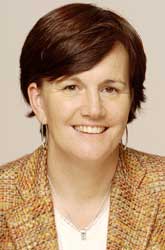 British Government initiatives are not only failing to address poverty and inequality, they are also seriously exacerbating the problems by sectarianising the debate. This is the damning conclusion of a new report by human rights group the Committee for the Administration of Justice.

In a 200-page study published this week and entitled Equality in the North: the Rhetoric and the Reality, the CAJ analyses the operation of the North's labour market, provision and allocation of housing, poverty, British policy and public funding.

It accuses the British Government of ignoring inequality in the labour market, of failing to target investment effectively at those in most need and of pursuing policies, such as Shared Future and the Taskforce on Protestant Working Class Communities, that exacerbate community differences.

Questioning the Equality Commission's recent claim that "the imbalances in employment recorded in the early 1990s have in effect disappeared", CAJ acknowledges that progress has been made while highlighting sectarian discrepancies within the labour market.

It says that Catholics are underrepresented by 10% in the workforce of the largest private sector employer and by 20% in workforces of employers with more than 1,000 employees.

In the public sector, Catholics remain underrepresented at the highest levels and are likely to be worse hit by job losses incurred during the current overhaul of public administration.

More significantly, the CAJ highlights the levels of economic inactivity in the North and the plight of those statistically classed as outside the labour market and marginalised by government policy. The current unemployment register hides the fact that 40,000 people want employment but are considered "economically inactive".

The CAJ accuses the British Government of failing the North's poor - both Catholic and Protestant - citing inadequate policies and lack of strategic funding.

"Rather than genuinely tackling poverty in both Catholic and Protestant working class communities, the Government appears to be sectarianising the debate," said CAJ equality officer, Tim Cunningham.

The report says that the number of people on housing waiting lists has steadily increased, with the percentage of Catholics rising by 30% and Protestants by 16%.

On average, Catholics are currently on housing waiting lists one-and-half times longer than their Protestant counterparts - but this figure masks the appalling sectarian differential suffered by Catholics in specific local areas.

Commenting on the findings, Sinn Féin's Equality and Human Rights spokesperson Caitríona Ruane said that they vindicated Sinn Féin's analysis that the British Government has failed to deliver on its Good Friday Agreement commitments in relation to the Equality Agenda.

"It is totally unacceptable that after 30 years of fair employment legislation and almost a decade after the Good Friday Agreement, the British Government has failed to eradicate inequality and disadvantage. The bottom line is that the British Government has failed to tackle the reality of Catholic disadvantage and the gap between the rich and poor is now wider than ever," said Ruane.