OPINION: Moving from Opportunities to Outcomes 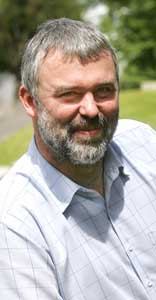 While most people are aware of the all-Ireland architecture of the Good Friday Agreement and its provisions for inclusive power-sharing arrangements in the North, they may be less familiar with the significance of the human rights and equality legislation achieved in its negotiation. Here, SEÁN OLIVER, Sinn Féin's All-Ireland Co-ordinator, argues that these achievements can only be made effective when people demand their rights and use the legislation that is there.

There is much happening right now in our peace process. There is a great sea of people in Ireland who want to see a united Ireland. It may not be their priority, but they view themselves as broadly in the traditions of our history. The vast majority of people in Ireland voted for independence in 1918. That is what our grandparents did when they elected a majority of Sinn Féin TDs to Dáil Éireann. It is our inheritance.

The Good Friday Agreement belongs to the descendants of all those people. It is an international treaty which affects the lives of all of the people of Ireland. The Agreement sets out a framework within which political parties could work above all to end discrimination in our society.

On the back of this international agreement the British Parliament ratified legislation setting out guarantees of human rights which are perhaps unique amongst nations - legislation that enshrines equality and human rights as the bottom line of government.

And the 26 County Government committed itself in the GFA "to ensure at least an equivalent level of protection of human rights as will pertain in Northern Ireland".

The Good Friday Agreement also contains a provision for an All-Ireland Charter of Rights, something Sinn Féin has been actively promoting through nationwide consultations on the party's Rights for All discussion paper.

Section 75 of the British Act that implemented the Agreement requires that all legislation must be equality-proofed, or scrutinised for its impact on equality issues. This is of huge significance. It entitles people and political parties to ask of proposed legislation: does it have a discriminatory impact on any section of the people? The Government is required to ask that question, and to listen to the answers. Each government department and statutory agency is required to draw up an equality statement, to establish non-discriminatory employment practices. This is extraordinarily enlightened in the context of our modern world, where respect for our common humanity is not a widespread baseline of government.

These are important tools with which people can take forward the struggle towards equality and ending discrimination.

There are nine categories in the Six Counties for which government is required to carry out its functions to promote equality of opportunity - in relation to religious and political opinion, gender, disability, race, age, marital status, sexual orientation and having dependents. Sinn Féin wishes to extend these grounds to include three further potentially disadvantaged groups: ex-prisoners, members of trade unions and the socially or economically disadvantaged.

It is no small achievement of the last 40 years that such anti-discrimination is to be the framework of government. But there can be 'many a slip 'twixt cup and lip'. Rights have to be realised. In the language of Star Trek, we have to 'make it so'. Where there is resistance to according groups and people their rights, people have to demand them, to insist on them, to use the legislation which is there. To make it so.

The Good Friday Agreement and the legislative framework introduced by the British Government do not ensure that rights will be vindicated in practice. This is what is meant by the need for participatory democracy. It is only by people taking part and by themselves effecting and making real the human rights legislation that we will 'make it so'. It is a framework in which the people have the law on their side, within which they can establish their rights in reality.

And this is the essence of accountability. We look for equality of outcomes. This cannot be won merely through legislative change, although that represents a huge step forward. Outcomes can only be achieved if established practice is challenged, if authority is brought to book for its dereliction of the duty that has been legislated for.

Discrimination is at the core of inequality. It is the denial of human rights which characterises our existing realpolitik. For example, the fact that one-third of all children, North and South, live in poverty means that they are discriminated against. Those children are not treated with the equal respect or dignity afforded to other children.

That single mothers do not have equal access to childcare or medical treatment, compared to those who can afford to buy private healthcare or childcare, shows that they are discriminated against because they do not have the wealth that other people enjoy.

If all the people throughout Ireland are to have equal access to equal medical care, as called for in Sinn Féin's recent healthcare policy, then it needs to be free at the point of delivery. But enshrining this in legislation is not the battle done. People have to challenge the Executive, to establish that it acts in accordance with the legislation and the rights that we have won in law. Rights have to be won in practice for equality of outcomes.

This is the building of political strength. It empowers all of us to contest for the rights that our elected representatives have won for us in law. It is the strength to win the struggle to 'make it so', to make it a united Ireland of equals, an Ireland which is no longer based on discrimination and inequality.

Sinn Féin's "Rights for All Charter" discussion paper is available at our All-Ireland Agenda website, www.irelandofequals.com. Any comments or submissions are very welcome - send to [email protected]