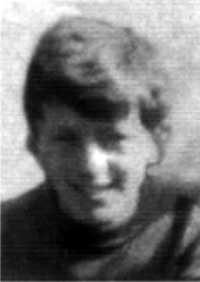 In August 1969, the Six Counties erupted in civil unrest and loyalist pogrom as the "Protestant state for a Protestant people" came apart at the seams. Fuelled by the demand for civil rights, nationalists were no longer prepared to endure discrimination and second-class citizenship, and the only answer the statelet had for the demands of its oppressed minority was violence and repression.

Free Derry Corner and Bombay Street in Belfast became synonymous with that period which was to shape the next 37 years for the Orange State, for British rule in the Six Counties, and for republican resistance to both.

After the August Orange march in Derry the RUC, backed by B-Specials, had tried to force their way into the nationalist Bogside area. They were met by determined resistance from local people who had armed themselves with stones and petrol-bombs.

After two days of street fighting, the RUC were forced out of the Bogside and the British Government agreed to the Stormont administration's request for British troops to replace the exhausted, demoralised and defeated police. That was the situation when on Thursday, 14 August 1969, soldiers of the British Army's First Battalion, the Prince of Wales's Own Regiment, were sent out onto the streets of Derry to 'aid the civil power'. The disturbances quickly spread to other areas, including Belfast, where loyalist attacks were driving many nationalists from their homes.

In Belfast, days later, orange mobs took advantage of the IRA's disorganisation and lack of weaponry to invade nationalist areas, driving people from their homes, burning, and looting. Although the IRA was badly prepared for the loyalist attack some were ready to stand and fight with what weapons they had.

In the Clonard, Billy McKee had set up the Clonard Defence with a handful of IRA Volunteers armed with shotguns and .22 rifles. Bombay Street, off the Falls Road, was burned out while the British troops were still moving in a few streets away. While helping families move out of the burned street, a republican Fianna youth, 15-year-old Gerard McAuley, was shot dead on Waterville Street by loyalists.

Born on 16 October 1953, Gerard McAuley lived in Colinward Street in the Beechmount area of West Belfast and attended St John's Primary School before moving on to St Thomas's Secondary School. While at secondary school his great interest in outdoor activities became evident. He was particularly interested in fishing, hurling and Gaelic football, for which he had won a number of medals.

Gerard McAuley was buried in Milltown Cemetery. His funeral cortege was given a guard of honour by his comrades in Na Fianna Éireann.

Gerard McAuley, the first republican activist to die in the current phase of national liberation struggle, died on 15 August 1969, just over 37 years ago.