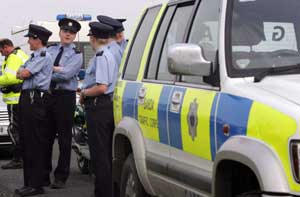 Last week saw the publication of the third, fourth and fifth reports of the Morris Tribunal investigating allegations of serious Garda corruption in Donegal.

The three reports covered the arrest of Mark McConnell and Michael Peoples on charges of intimidating Bernard Conlon, a Garda informer. Conlon had been instructed previously by his Garda handlers to be in McBrearty's pub in Raphoe with a drink in his hand after closing time in order that the Gardaí could prosecute Michael McBrearty for serving after hours.

The alleged threat relates to a bomb attack on a telecommunications mast in Ardara in which the tribunal found members of the Gardaí were involved, in order to pressurise anti-mast campaigners, and the planting of a firearm at a Travellers' encampment in Burnfoot. Although disgraced former Detective Sergeant White was central to these allegations the tribunal pointedly remarked that the problems with the Gardaí went beyond the Donegal division.

Justice Morris said he had been "staggered" by the amount of indiscipline he had uncovered within the force and that his overall findings had left him "stunned".

In a outrageous display of arrogance the Garda Representative Association (GRA) stood by their man, defending White and attacking the tribunal for having gone beyond its remit. Ominously they welcomed the new code of conduct which Justice Minister Michael McDowell has presented as the most radical reform of the Garda since the foundation of the state. One GRA source was quoted in the Sunday Business Post as saying, "McDowell is making this sound like a big new crackdown, but that is not the case," adding contemptuously: "He just wants to lead the guards because he can't lead the PDs."

Speaking on the day the reports were published Sinn Féin Justice spokesperson Aengus Ó Snodaigh TD said: "Sinn Féin has long argued that Garda corruption is not a problem confined solely to Donegal and that in fact it is rampant throughout the 26 Counties. Today's reports from the Morris Tribunal reinforce our analysis of the situation and highlight the need for investigations into corruption in other divisions. I would call on Minister McDowell to initiate those investigations as soon as possible."

Ó Snodaigh called for a Garda Ombudsman similar to Nuala O'Loan's office in the Six Counties, and crucially, with the power to act retrospectively to address past wrongdoing.

The TD went on to say that the findings that insubordination and ill-discipline are rife within the force come as no surprise to many people including republicans. The fact that senior management could permit this under their noses shows that corruption goes all the way to the top. If this culture of corruption is to be rooted out of the Garda then people must be held to account including those right at the very top. Proposed reforms did not go far enough, he said.

Although there was an implicit criticism of the Carty report - the initial Garda investigation into allegations against members of the Garda in Donegal - in that it failed to identify credibility problems with Bernard Conlon that could have prevented the arrest of Peoples and McConnell, the tribunal itself has declared Carty beyond its remit.

Speaking on RTÉ television on the day the reports were unveiled Michael McBrearty junior, a victim of Garda corruption in Donegal declared that he had access to the Carty report and that it had been an attempted whitewash which proves complicity in wrongdoing in the highest echelons of the force. The Garda are still refusing to release the Carty report.