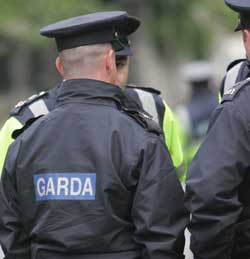 Sinn Féin Justice Spokesperson Aengus Ó Snodaigh TD has said there is an urgency in getting the 26-County Ombudsman Commission fully operational following the latest claims of harassment and brutality against Gardai.

Ó Snodaigh's call follows allegations by the family of Dublin man Terrence Wheelock, who died in controversial circumstances in Garda custody, that they were attacked by Gardaí at their home on 18 May. The family has also alleged that suspects in Terence's death were prominent among the attackers.

Robert Wheelock said the incident began after his youngest brother was told to stop handing out leaflets relating to the campaign for truth around Terence's death. He says that when he refused he was assaulted, that the area was quickly swamped with Gardaí and that, after breaking down the door of the Wheelock home, they launched a sustained attack on the family.

No one was arrested during the incident and afterwards upwards of ten Gardaí remained on the street till 6.30am in what is regarded locally as an act of intimidation.

On 2 June, 2005 Terrence Wheelock was arrested from his home under the road traffic act and shocked neighbours witnessed him being savagely assaulted. Gardaí claim they put him in a cell where he promptly fell asleep. At 2.40pm Gardaí allege they found him hanging in his cell. It took ten more minutes for an ambulance to be summoned and when it did arrive the crew were taken to a different part of the building from the cell where he was found.

The Wheelock's solicitor secured a court order to preserve the cell for forensic evidence. However, the order was disregarded and the cell was completely renovated, destroying all evidence.

On the night of Wheelock's death the family were told by phone "Your son hung himself" and subsequently his mother was brought to St James's Hospital, ostensibly to see her son. Terrence was not there and during that time Gardaí had gone to the Mater hospital, where he really was, and seized his clothing, removing the last source of forensic evidence. Terrence remained in a coma for six months when his life support was turned off. The family have been campaigning for a full public inquiry ever since.

Coming in the week that a judge threw out charges against Pat Rossiter, father of Brian who also died in controversial circumstances in Garda custody, it paints a picture of a force out of control.

Commenting on the deaths in custody of Terence Wheelock and Brian Rossiter Aengus Ó Snodaigh TD called for open inquiries into cases where deaths are seen to be suspicious. He also called for cameras to be installed, not just in interrogation rooms, but throughout all Garda stations. "The State has a duty of care when people are taken into custody and Gardaí furthermore need to be sensitive towards familiy members in the aftermath of deaths in custody. There is also an urgent ned to have the Ombudsman Commission operational immediately rather than next January as currently proposed", Ó Snodaigh said.