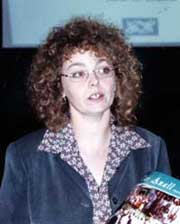 The perfromance of the North's Housing Executive's in relation to its own seven year housing strategy for North Belfast has been exposed as a complete failure.

With less than a year to go, the percentage of Catholics on housing waiting lists is significantly higher than when it started in 2000.

In its most recent report the Housing Executive revealed that, of those waiting to be housed in North Belfast, 78% are from the nationalist community compared to 60% at the strategy's inception.

Sinn Féin called on the Department of Social Development (DSD) to take a serious look at the situation in North Belfast in relation to social housing figures.

North Belfast Councillor Caral Ní Chuilín said: "It would be a matter of serious concern if the department and Housing Executive have spent £170 million over a seven year period only for the housing crisis faced by nationalists to get worse."

The North Belfast-based St Patrick's and St Joseph's Housing Committee pointed towards the recent achievements of the Greater Shankill Housing and Regeneration Strategy as an example of disparity. As part of this strategy the Housing Executive invested £17 million with 111 new houses built and another 101 under construction. The Housing Executive is actively involved in not only the physical renewal of the area but also in the role of increasing its population and economic regeneration.

To that end it is supporting the idea of an urban village in the Glencairn area, which will use Executive owned land to bring in economic investment. The idea of such an urban villlage in the Docks was first floated by St Patrick's and St Joseph's several years ago to tackle the nationalist housing need. So far, in the areas that the committee represents, which includes nationalist New Lodge, Carrickhill and Whitewell, only five new houses have been built.

Caral Ní Chuilín said: "Nationalists on the housing waiting lists in North Belfast are not only waiting for a home but are also waiting for equality."