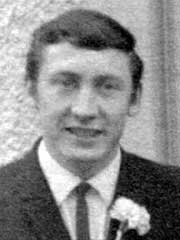 Who can't handle the Truth?

Recent media coverage has again demonstrated a highly selective version of the past 30 years of conflict in Ireland, while Unionist politicians have attempted to politicise the issue of victims. The British government has introduced the Inquiries Act to prevent meaningful investigations into controversial state killings and the PSNI's Historical Enquiries Team is but the latest example of the state investigating itself.

Here Sinn Féin MLA PHILLIP McGUIGAN argues for republicans to begin using every available forum to raise the truth about the conflict and to expose Britain's role.

Many An Phoblacht readers will be familiar with the name of Eddie Copeland, a republican from Ardoyne in Belfast. Few, however, will know much more than the distorted image of him which has been fed to us by unnamed 'security sources' through the media. It is not widely known, for example, that when Eddie was only one-year-old his father, Johnny, was murdered by the British army.

Johnny Copeland was 23 years of age when he was killed. He and his wife, Carol, had two very young children, aged two and one. On the night of 28 October, 1971, wearing bedroom slippers, he left his family home to visit his mother nearby. Moments later he was shot in the back.

The British army issued the standard lie that they had shot an 'IRA gunman' who had been about to shoot at them. This, as ever, was unquestioningly accepted and echoed by the media. The killing shared a number of characteristics with countless others carried out by British forces in Ireland.

1. There was no independent evidence to back up the 'gunman' claim.

2. There was no weapon found at the scene.

3. There were no forensic traces on Johnny's body or on his clothing to indicate he'd been in possession of a weapon

4. There was no eye-witness evidence to support the British army's version of events.

5. The RUC 'investigation' into Johnny's killing was farcical.

6. The inquest and the media reported the British army lies as fact.

Not only did Britain's soldiers act with complete impunity throughout the duration of the conflict when they killed or brutalised people, but the police and legal system which were supposed to impartially investigate and provide legal safeguards, proved that they were simply an extension of the same project.

Of the 26 murders carried out by the British army and RUC in Ardoyne not one person has ever been held to account. Not a single soldier or RUC member has ever been arrested let alone convicted and the same pattern of lies, impunity and cover-up involving the police, the media and the judiciary was evident in all cases.

Republicans won't be surprised that when Eddie Copeland is publicly maligned, the murder of his father Johnny never gets a mention. Neither the BBC nor The Irish Independent is going to let uncomfortable facts get in the way of their story. Their version of the conflict has always been a decidedly anti-republican one. We can be cynical about elements of the media and their 'impartial reporting of the facts', but we need to be clear in our minds that if we give them the right to record the past, they will also control the future. There is an ongoing struggle around the question of who will write the history of the conflict and, in the first instance, we have to ensure that blatant lies and distortions do not go unchallenged.

The recent BBC 'Facing the Truth' series was an example of a highly selective version of the past being played out in the media. These 'truth and reconciliation' programmes presented us with three republican and two loyalist 'perpetrators', but only one former British soldier. This ex-soldier admitted that he may once have 'accidentally' killed 'the wrong man'. We then learned, almost incidentally, that he had killed another two or perhaps three people (he couldn't remember exactly) but he wasn't asked about these and the underlying assumption was that these killings were justified.

Willie Frazer, Jeffrey Donaldson and Michael McDowell are some of the public faces fronting the campaign to sanitise the British/Unionist role in the conflict, while portraying republicans as instigators, aggressors, perpetrators and criminals. Part of their project is to colonise and politicise the issues around 'innocent victims'. Innocent victims, as defined by them, are those who were killed by republicans.

Republicans, on the other hand, tend to be hesitant about confronting people with uncomfortable truths. We come from a culture of 'whatever you say, say nothing' and, while this served us well in the past, today's struggle requires us to be articulate, forthright and confident. Freedom is nothing if it doesn't allow us to describe our own experience.

Families of people killed by the British state in Ireland, through years of relentless campaigning, have managed to lift the lid on the truth to some degree. That collusion is now an established fact in the public mind is testimony to their efforts. They have forced the British Government onto the defensive about its role in the conflict and have uncovered fragments of the story about its use of unionist paramilitaries. But we are still only seeing the tip of this particular iceberg.

The British meanwhile, are constructing walls brick by brick, to block any further efforts to get to the truth about their dirty war. They recently introduced an Inquiries Act designed to prevent meaningful investigations, particularly in relation to the murder of Pat Finucane. Similarly, the PSNI has established an 'Historical Enquiries Team' ostensibly to investigate all 'unsolved conflict-related deaths' but which, in reality is just the latest charade of the state investigating the state.

Republicans cannot leave the fight against media lies and bias to the families of those killed by British state forces and their proxies. It is up to each and every one of us to challenge revisionism at every opportunity and to use every available forum to raise the truth about the past. The British state and the paramilitary gangs it sponsored, murdered almost 1,500 people during the conflict. That fact needs to be exposed and acknowledged.