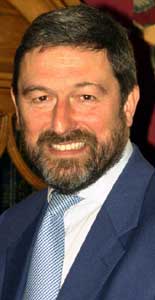 A Sinn Féin activist had a lucky escape after a unionist gunman targeted him in Coleraine, County Derry last Saturday.

The masked paramilitary, who wielded a handgun, approached the man who was about to play in a soccer match and threatened him.

The man ran off the field, in the Ballysally area of the town, and flagged down a car to make his escape.

Speaking to An Phoblacht Sinn Féin Councillor Billy Leonard explained that the, "unionist gunman asked for the person by name and was approaching him across the pitch pointing the weapon. It was only down to his own quick thinking that saved him from possible death or serious injury."

Leonard called on unionist politicians to take responsibility and address Saturday's incident and work to have unionist guns removed from society.

"It is a sinister and worrisome development to know that unionist gunmen are still targeting nationalists and republicans. It is now time for unionist politicians to speak out and work to remove this sinister element from their communities."