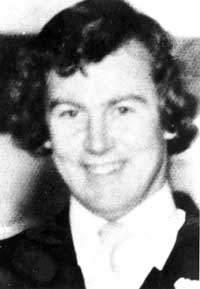 Republicans across Ireland were saddened to hear of the death last week of Tyrone republican and former Hunger Striker Matt Devlin. Matt participated both in the H-Block Blanket Protest and the 1981 Hunger Strike.

Speaking to a large crowd of republicans drawn from across the island Martin McGuinness paid tribute to Matt Devlin's lifelong commitment to the republican struggle: "Matt Devlin was an inspirational figure. He was a deeply committed and principled man who spent his entire adult life immersed in the struggle against British rule in Ireland.

"A native of County Tyrone Matt Devlin was a former IRA Volunteer, a former Hunger Striker and a political activist. He spent two long periods in prison, yet despite great personal hardships, including ill heath, Matt Devlin never gave up. Matt Devlin remained true to his republican ideals and beliefs. He was unshakable in his determination to see freedom and justice delivered for the people of Ireland.

"It was through the determination of people like Matt Devlin both in the IRA and in Sinn Féin that nationalists and republicans stood up and demanded an end to discrimination and inequality. It was through their sacrifices that we now have a vibrant and forward looking community, a community that will never again be treated as second class.

"It was a testament to Matt's determination and courage that even when seriously ill he still put himself forward to stand for Sinn Féin in the last southern elections. Matt continued to play a key role organising and building the party in Westmeath right up until his untimely death a few days ago.

"Matt's death is of course a massive loss to those republicans with whom he worked for over three decades. But his death is also a very personal loss for Matt's close family and on behalf of republicans throughout Ireland I would pass on my deepest condolences and sympathies to his partner Geraldine, son Matt and stepson Declan."