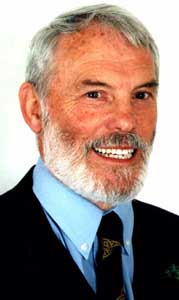 "This is the latest and among the most blatant examples of political policing seen here in recent times," was how Sinn Féin Chief Negotiator Martin McGuinness described the arrest of the party's East Derry Assembly member Francie Brolly on Tuesday 29 November.

Brolly was taken from his home in Dungiven in an early morning raid by dozens of heavily-armed members of the PSNI, while pre-selected media outlets looked on.

He is falsely accused of involvement in the bombing of Claudy village in 1972. No organisation has ever claimed responsibility for the bombings.

Two other men, including sports journalist Séamus Mullan, and a 58-year-old woman, were arrested in connection with the charge.

A respected elected representative, Brolly is also an Irish language activist, a GAA member and a renowned musician, along with his wife Ann, a Sinn Féin councillor and former Limavady Mayor. He is the father of Joe Brolly, who won an all-Ireland medal for Derry in 1993 and is now a regular panelist on RTÉ's the Sunday Game.

Republicans reacted with outrage to his arrest. Sinn Féin's Chief Negotiator said the heavy-handed arrest was completely motivated by an anti-Peace Process and anti-Sinn Féin agenda operating at the heart of the Special Branch.

On Tuesday party activists and members of Brolly's constituency held a protest outside Dungiven PSNI Barracks where he is being held in the 'serious crime suite'.

Speaking at the protest, Sinn Féin General Secretary Mitchel McLaughlin slammed the PSNI actions as "dirty tricks" and criticised the media of spreading "innuendo" about Brolly.

"I have known Francie Brolly for the best part of my life," he said. "He is an upstanding member of the community in Dungiven, is prominent in the GAA and is proud of his language and heritage. I am confident that he will be released without charge."

He added: "It is a matter of record that Francie Brolly is the lead spokesperson in our party on Claudy. He has consistently said that the families are entitled to the truth and I agree — let's hear what happened."