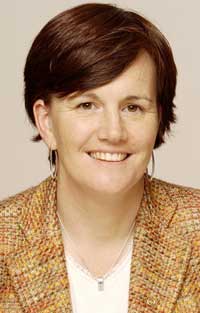 According to Ruane, the delegation spoke to republican prisoners who complained about, "the excessive strip-searching of prisoners", and the threat of attack from unionist paramilitaries.

"We raised our concerns over the treatment of prisoners with the governor and senior prison staff during our visit," said Ruane

She pointed out that prisoners could potentially be strip-searched as many as seven times a day.

"The conditions prisoners are subjected too are a throw back to the '70s. Prisoners are forced to eat all their meals in their cells and the unwarranted strip-searching which is carried out is inhuman."

Ruane said she would be seeking a meeting with Six-County Prisons Minister Shaun Woodward to voice the party's concerns about a number of human rights' issues particularly involving the regime used in the segregated section of the prison.