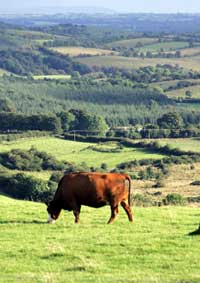 Are bio-fuels the future?

An important debate is currently raging throughout the country about the high cost of fuel. As a result many people have been discussing the potential benefits of Ireland becoming involved in creating a Bio Fuels industry. The debate has been sparked for all the wrong reasons. With the unjust war in Iraq, the rapidly growing economies in Asia and the devastation caused to gulf states in the USA by Hurricane Katrina, oil is in greater demand, yet there is an the inability to refine higher quantities of crude oil.

Ireland, with massive untapped natural resources off our western and southern coastlines, stands to gain virtually nothing, either in direct economic or taxation terms, due to the government giveaway of our natural resources, with tax incentives to international oil and gas corporations.

Many other European countries have already begun to look at other methods of generating energy, both to offset dependency on OPEC and meet Kyoto commitments to reduce greenhouse gas emissions. Alongside this the EU has set targets for member states with a Bio Fuels Directive to have in place a percentage of diesel consumed coming from a Bio-Diesel source.

There are two main ways of farmers getting involved in energy production through growing crops for either Bio-Diesel or Bio-Ethanol. Ireland as you might expect has the capacity to grow large quantities of both sunflower and oilseed rape for bio-diesel production and cereals and sugar beet for bio-ethanol production. The current Common Agriculture Policy rules say that land that is set aside‚ (lies fallow) can be used for Bio-fuels production.

There is a huge potential in bio-fuels both in having greater control over energy costs and also in terms of opportunities for farmers.

Yet neither the Irish Government nor Direct Rule British Ministers have done much to assist the development of this industry. Like many other important policy developments nobody in government is prepared to take responsibility.

Between various government departments and many vested interests within the fuel industry there appears to be many who either do not want this new fuel source to succeed, or who wish to keep the benefits of it for themselves. Very little to date has been done to take this initiative forward.

Given the current small-scale nature of Bio-fuel production and the economies of scale needed to process crops to make this economically viable it is clear that a coming together, on an island wide basis, to develop processing capacity is the only way forward.

For this to happen government must reduce the tax duties imposed on Bio-fuel production and also assist farmer co-ops in building the necessary refineries. Co-op led processing is the best to safeguard farmers interests against greedy multinationals.

If multinational corporations are allowed to become involved in the processing of Bio-fuels, they will definitely operate on a basis of getting as much profit out of it for themselves as possible. This will squeeze farmers through pushing up the comparative cost of farm production, leaving them with no incentive to remain farming. Bio-fuels can give farmers an opportunity to add more competition, and flexibility in where they sell their crops.

With the jobs that would be safeguarded on farms, alongside those created in the refining process, any tax reduction in Bio-fuel duty would be re-gained in other economic activity.

If this new industry and technology is to succeed a very major policy change will be required. If Ireland is to benefit both in economic and environmental terms then we need new thinking from government, farmers and industry.