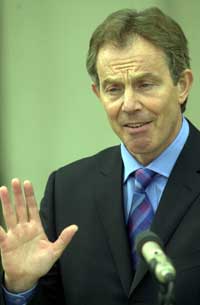 A LITTLE bit of democracy and debate broke out at the highest levels of the EU last weekend. For some, the reaction was to write obituaries of the 25-state union, led most notably by the Luxembourg Prime Minister and current President of the EU Council, Jean Claude Juncker, who pronounced that "Europe is not in a crisis, it is in a profound crisis".

The "crisis" emerged because EU Prime Ministers and council members decided after some acrimony, what Bertie Ahern described as "bickering", to agree to disagree.

They had reached an impasse over the EU budget for the years 2007 to 2013. However, behind the budget debate and the recriminations was a much deeper discussion about the future economic and political role of the EU.

From the various news reports, it was clear that no member states were threatening to leave the EU, there was to be no dismantling of the EU institutions such as the commission, parliament or central bank. Not even one of the eleven eurozone members were reaching for the ejector seat.

What they were discussing in an obviously forthright and frank manner was what kind of Europe they wanted the 25 states to be part of in the coming decades. It is a pity, with ten states having ratified the new EU Constitution, with two rejecting it and with some of the others putting referenda and debates on hold, that this frank exchange of views was held before pen was put to paper on the constitution provisions.

What was positive was the agreement to put off the ratification of the EU Constitution until the middle of 2007, with further postponements likely. For now, despite the Dublin Government's promise of a White Paper in September, the new constitution is effectively mothballed.

Speaking in Leinster House this week, Sinn Féin's Caoimhghín Ó Caoláin said the constitution was now "dead in the water".

In the immediate aftermath of the council meeting, there was time only for recriminations. "Pathetic and tragic" was the conclusion of French president Jacques Chirac. Gerhard Schroder, Germany's chancellor, was similarly forthright. He said: "A substantial effort has been made to overcome national egoism. Those responsible for failure bear heavy responsibility."

Marek Belka, the polish prime minister, talked about the "selfishness of some member states", while Fianna Fáil leader Bertie Ahern, having survived the heaves and guerrilla warfare of the Haughey years, has, it seems, become more staid in later years.

Ahern described the council meeting as "very hostile, in the end, even bitter. I don't like to see grown men bickering with each other. It's a waste of time".

So what was the "bickering" about? On paper, it is the British demand to hold onto the £3 billion rebate paid back to Britain annually out of its contribution to EU funding. The rebate was won by Thatcher in the 1980s.

Blair wanted the rebate to increase and was at various junctures last Friday offered deals on refund levels in coming years. At one stage, during lunch, there was a French proposal to freeze the British rebate and guarantee it until 2013.

Blair was willing to compromise on the rebate but wanted further reforms in the CAP, which still accounts for 40% of total EU spending. In its heyday in the 1980s, the CAP accounted up to 69% of the total EU budget.

Then on Friday evening at 9pm the British rejected a proposal to let their rebate rise to €5.5 billion in 2007 before freezing it in 2013. This too was rejected and was added to by the Dutch who wanted a €1.5 billion cut in their EU contributions on the basis that they were the highest per capita EU contributors. They had been offered a €500 million cut in contributions.

At this stage, the new EU entrants who were looking forward for the first time to be net beneficiaries of the EU offered to have their grants cut if it meant agreement on the new seven-year budget, but still no deal.

A new Luxembourg compromise offered the British the annual rebate deal until 2013 with reform of the CAP then. Now the Swedish had joined in with the Netherlands, who had at this stage been offered a €750 million annual cut in budget contributions, in saying No.

The Swedish problem was that support in the budget for R&D and innovation was too low.

On 1 July, the British Government take up the EU presidency, this will make life interesting, as they will be responsible for moving on beyond the current impasses. Blair said in the press conferences after the EU Council meeting ended that there was a need for a wider debate about where Europe is going.

It seems that on one hand you have the "wider but not deeper" model of EU integration, that favoured by the British, and then there are those who favour a more fundamental political union. There are, no doubt, other camps, but what was important about last weekend was the end, however temporary, of behind the doors false consensus deals, and the end of the pretence that the EU is agreed on its future direction.

Debate about all these issues can only be healthy, as are the signals from the council meeting that it was not just the big three of France, Britain and Germany calling the shots. It also showed the need for the right to a national veto in EU negotiations.

Interestingly, Bertie Ahern was all talk about the EU Constitution referenda, even though he still cannot agree a date for an Irish vote. He wants France and the Netherlands to take the Irish route on Nice and have a second referendum while "selling the project".

Ahern didn't have much to say about further changes in CAP funding, other than proclaiming in Leinster House this week that he thought Blair's presentation of the CAP as the problem was "dishonest".

Sinn Féin MEP Bairbre de Brún did have more to say and warned Tony Blair "not to destroy the livelihoods of farmers". She said Blair's stance will "come as a slap in the face to local farmers, who were led to believe that the deal would remain in place until 2013, when it is due to be reviewed again".

It seems that after years of bureaucratic boredom and feigned consensus, Europe is becoming interesting And with Britain holding the EU presidency, the next six months could see a bit more bickering, which may not be a bad thing.