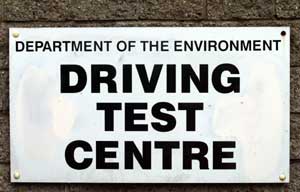 Donegal Sinn Féin Councillor Pearse Doherty has welcomed reports that the government has agreed a package of measures designed to reduce the backlog of learner drivers waiting for full licences.

Transport Minister, Martin Cullen is planning to hire a private company to run the driving tests at centres throughout the state, along with existing State testers. Doherty says this is long overdue.

"I have time and time again demanded that the Minister for Transport address the unacceptable backlog of people waiting to take their driving tests," he said. "What makes this situation worse is that Minister Cullen's predecessor was aware of this crisis as far back as February 2003, when he said that there was no need for alarm, even though the average wait to take the test was between 25-28 weeks. Today, the average wait for the driving test is now approximately 40 weeks, with a 44-week wait for the Letterkenny centre."

The most obvious effect of this delay is that drivers holding a provisional licence are paying higher insurance premiums while they wait for their tests. These delays are disproportionately affecting young people who have great difficulty paying the extra insurance premiums.

"There is no doubt that both he and his predecessor has added to this backlog by not lifting the embargo on the recruitment of driving testers in order to fill a number of vacancies that exist at the moment," said Doherty. "They have presided over a situation where there is only one driving tester for every 1,000 applicants. Minister Cullen must move fast now and implement the substance of these reports."