O'Donnell's legacy - Remembering the Past 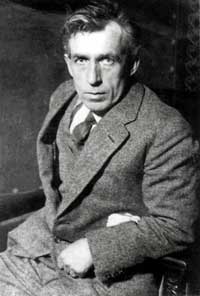 Peadar O'Donnell was born in Meenamore, Donegal. He came from the poverty-stricken Rosses area of West Donegal. His father supported the family by mixing small farming, fishing, migratory work in Scotland and work in a local mill.

Peadar was educated locally and trained as a teacher at St Patrick's College, Dublin. He left teaching (and a prominent role in the Donegal branch of the Irish National Teachers' Organisation) to become a full-time organiser with the Irish Transport and General Workers' Union in 1918.

His mother, a fervent Larkinite, and her brother Peter, a member of the Wobblies (the Industrial Workers of the World) in Butte, Montana, had instilled a strong syndicalist sensibility in the young Peadar and its fruits emerged in an active burst of union organising. He led the Asylum Workers' Union in a strike in the Monaghan Mental Hospital in 1918, when the union, with the support of the patients, took over the asylum, over which they raised the Red Flag!

The strikers gained the sympathy of the townspeople, won their demands, and had "a victory dance at which policemen, strikers, inmates, Sinn Féiners, nationalists and unionists all gathered together".

With the outbreak of the Tan War, O'Donnell joined the IRA and quickly rose through the ranks. He took the republican side in the Civil War and was in the Dublin Four Courts with Liam Mellows and fellow republicans when they were attacked by the Free State Army.

After their surrender O'Donnell, then a Colonel Commandant in the IRA, was imprisoned for two years. In Mountjoy Jail, he was in charge of Communications in 'C' Wing, where he commenced a 41-day hunger strike. Peadar wrote a moving account of this particular strike. The hard core of strikers, who by late November 1923 numbered about 200, were moved, on stretchers, from jail to jail, camp to camp, to break up their solidarity.

On 18 November, even Cardinal Logue expressed the hope that internees would be released before Christmas. Two days later came the first death. Commandant Denis Barry died in Newbridge camp. On 22 November Captain Andrew Sullivan died in Mountjoy. The next day the strike was called off, after Tom Derrig, Frank Gallagher and the leader, Michael Kilroy, had checked with the other jails and camps.

One positive result of the strike was that the women political prisoners (in March 1923 there had been 300) were released, but otherwise the aftermath was bitterness, and the government stepped in, hoping to spread further dissension among the ranks by releasing Volunteers who would sign a form accepting the Free State.

Peadar, in March 1924, two days before the abortive army mutiny, literally walked out of Harepark Camp on the Curragh, in disguise. The next year, he published his first novel, Storm, which was followed by The Islanders, both of which depict the poverty on the Donegal seaboard

For the next ten years he served on the Army Council and Executive of the IRA, arguing that class politics should be the dynamic of republican politics and that the IRA should adopt the role of a Connollyite citizen army. As editor of An Phoblacht from 1926 to 1929, he pursued his left republican beliefs, focusing particularly on the land annuities campaign, which he himself initiated as a grassroots popular campaign.

He was a leading figure in the 1931 Saor Éire experiment, when the IRA embraced a socialist programme. At the IRA convention of March 1934, a final effort was made by O'Donnell to persuade the IRA into a radical political role. He failed, withdrew and called for the formation of the Republican Congress, which met in September 1934.

But divisions occurred, leading to a split which destroyed the movement. On one hand a section wanted to adopt the slogan 'For a Workers' Republic' and argued that the Congress should be a stepping stone towards a political party. The others wanted to form a 'united front' pledged to the slogan 'For a Republic'.

O Donnell argued that to adopt the 'Workers' Republic' at this stage was premature, because it would leave Fianna Fáil to claim monopoly on the realisation of 'the Republic'. While the former said that you could not get rid of British imperialism until you smash capitalism, the latter argued that 'you cannot smash Capitalism until you get rid of British Imperialism'. When a small majority voted for the aim of the Republic and the formation of a popular front, the rest resigned.

Peadar went to Spain on a writing holiday in 1936 and was accidentally caught up in the revolution and civil war. His experiences formed the basis of his book Salud! An Irishman in Spain.

In 1946, O'Donnell became editor of The Bell, the most significant literary magazine in mid-20th Century Ireland and remained its editor until it ceased publication in 1954. In 1963, he published There Will Be Another Day. He condemned America's involvement in Vietnam.

He was associated with most of the progressive campaigns in post-war Ireland and was a seminal figure in groups like the Anti-Apartheid Movement and CND. He was prominent in the Save the West campaign of the 1960s and in the National Land League, which agitated for the break up of large estates. He also continued his lifelong support of Irish emigrants abroad, particularly in Britain.

One of his last public political outings was to take part in a demonstration in Galway against the visit of US President Ronald Reagan in 1984. He published the last of his seven novels in 1975, and died aged 93 in 1986. O'Donnell was called a 'quasi-anarchist' as in an editorial in a paper on the occasion of his death, a title which, if not intentionally complimentary, managed to capture him in a phrase.

For Peadar, it wasn't enough just to get rid of British rule, all inequality had to be abolished in order for the people to be free.