Conditions not right for coalition 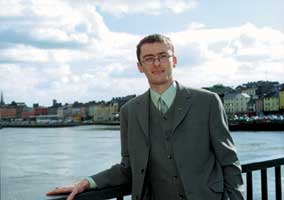 Going into coalition prematurely would be a classic example of doing the right thing at the wrong time, argues Waterford Councillor DAVID CULLINANE, who believes that Sinn Féin should only ever enter coalition in the 26 Counties when we are the dominant political party on the island.

Eoin O Broin's recent article in An Phoblacht on coalition in the 26 Counties was insightful and thought provoking. For far too long, talk of Sinn Féin in coalition in this state was seen as a taboo subject within the party. This was wrong and demonstrated a lack of confidence in our ability to map out our own political future.

If republicanism is about anything, it is about confidence in our political project and our ability to shape the future. We should not be afraid to do something only because it might have seemed inconceivable in the past. If coalition with any political party advances our struggle, then it has to be on the agenda — but only in the right context.

The question facing republicans today is what type of house do we wish to shape, what type of Ireland did Pearse and others shape in their hearts? Was it a United Ireland only, a 32-County free state, or was it something more?

For me, the Ireland we are fighting for, the Ireland envisaged by the revolutionaries of 1916, is indeed something more.

Therefore, any talk of coalition has to be based on whether it will contribute to shaping such an Ireland. But can this be achieved by creating all-Ireland institutions first and worrying about social and economic change later? Can we disentangle the need for political integration from the social and economic needs of all of the people on this island? Would supporting a minority right-wing government on the basis that this would advance political integration advance our overall struggle? I think not.

To approach the issue of coalition on this basis would be fundamentally flawed. There is a real danger in adopting the attitude that the social and economic rights of our communities can wait. This is the slippery road that so many so-called revolutionary political movements travelled in the past. It is also the road that many formerly republican parties have chosen on this island.

We have to learn the lessons of the past. We have to be mindful of the true nature of political institutions within a capitalist society. James Connolly described governments in a capitalist society as committees of the rich to manage the affairs of the capitalist class and added that if we remove the English army from Ireland tomorrow, unless you set about the organisation of the socialist republic your efforts would be in vain.

Liam Mellows said that a political revolution in Ireland without a coincidental economic revolution simply means a change of masters.

I am not involved in this struggle to achieve a change of masters. Participation by republicans in any government and any institution has to be based on making real and tangible differences to people's lives. Political institutions, all-Ireland or otherwise, which are propped up by right-wing governments will not achieve this.

To divorce the political revolution from the economic revolution, even on a so-called temporary basis, would be a massive mistake. National liberation which does not involve the empowerment of ordinary people and communities, and the dismantling of the institutions (political and economic) which promote inequality and injustice on this island, would be meaningless.

At the same time, genuine social justice will never be achieved within the framework of two corrupt, partitionist entities which divide this island between them. The two wings of the revolution — the national and the social — must advance in tandem if they are to succeed. Neither goal is achievable on it own.

The progressive realisation of the 1916 Proclamation cannot be achieved by political, institutional reform alone. In order for a United Ireland to be achieved, both states on this island will have to fall.

Most crucial of all, we need to re-evaluate our relationship with the EU. The EU project is a product of the neo-liberal agenda; it is also inherently imperialist. It favours liberalisation or privatisation of public services, weakens and erodes national sovereignty and progressively strips national governments of the ability to regulate trade and industry.

If Sinn Féin was in government tomorrow, EU legislation would make it impossible for us to regulate the banking industry or the insurance industry. We have already lost our economic sovereignty. EU legislation is more and more making it impossible for the existence of a welfare state. Member states are prohibited from borrowing to invest in underfunded and under-resourced public services.

If the new EU Constitution is passed, national governments will become nothing more than regional assemblies. These are real problems facing socialist republicans and cannot be ignored in a debate on coalition or supporting minority governments.

It is my view that Sinn Féin should only ever enter coalition in this state when we are the dominant political party on the island. Some will point to what the Progressive Democrats have achieved as a junior partner in a coalition government as proof of what a smaller party in government can achieve but this is not comparing like with like.

Fianna Fáil is a right-wing political party embedded with right-wing ideologues and supports big business and industry. Supporting the PDs' similar political viewpoint was a matter of convenience for Fianna Fáil. However, supporting our political project would result in an ideological conflict and the question is who would lose.

Others will no doubt argue for entering coalition on the grounds of its providing the basis for change. However, as Connolly said, the only secure foundation upon which a free nation can be reared is the Irish working class. The only basis upon which republicans should go into government is when we have built sufficient political strength upon that solid foundation.