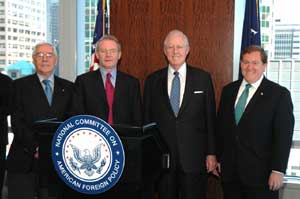 Mid-Ulster MP and Sinn Féin Chief Negotiator Martin McGuinness has just completed an extremely busy schedule in the United States, where he met with the main Irish-American lobby groups as well as influential political figures from both the Republican and Democratic parties.