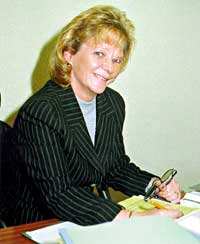 The opening of an inquiry into the murder of Lurgan defence lawyer Rosemary Nelson this week was largely symbolic, with the immediate adjournment of the proceedings to allow an investigation process to begin.

Many people believe the hearing, which is not expected to reopen until next year, may also prove to be little more than symbolic. They have good reason. First, the British Government has already tampered with the rules of the inquiry to make public disclosure of information it might find politically 'embarrassing' more difficult.

Peter Cory, the Canadian judge tasked with calling for an inquiry, has already condemned the new restrictions, declaring the imposition makes establishing the truth virtually impossible. The restrictions effectively transfer power to suppress disclosure away from the judiciary and into the hands of government ministers — in other words, into the hands of some of the very people accused of collusion.

Second, the media has already established a restricted notion of collusion in relation to the Nelson killing as a casual relationship between individual members of the RUC and loyalist killers. Did members of the RUC pass Rosemary's personal details onto loyalists?

In other words, the inquiry will consider informal illegal relationships between state personnel and unionist paramilitaries. To reduce the inquiry to this denies evidence already within the public arena of organised state sponsored murder involving specific units within the RUC and British Intelligence and directly accountable to the British Cabinet.

Third, within hours of the formal opening of the inquiry into possible collusion, the RUC officers involved had already been publicly declared innocent. According to the Sunday Times, a report into the killing of Rosemary Nelson by Ombudsman Nuala O'Loan has concluded that there is no evidence to suggest collusion by the RUC.

The only criticism the Ombudsman's report suggests is that the RUC, then headed by Ronnie Flanagan, did not take threats to Nelson's life seriously. The report, which has been forwarded to the PSNI for comments, concludes that there is no evidence of collusion or of the RUC intentionally putting the solicitor's life at risk. The report also accepted the RUC conclusion that there was no evidence of a specific terrorist threat against Nelson's life.

Rosemary Nelson died on 15 March 1999 after a booby trap bomb placed under her car exploded. Before she died, Rosemary, a human rights lawyer, told the UN and a US Congressional hearing that she had received death threats from the RUC.

The Lurgan lawyer came to prominence after she defended a number of high-profile cases involving republicans and became the legal representative for the Garvaghy Road Residents' Coalition, a nationalist community group contesting the Orange Order's determination to parade through their area to Drumcree.

Rosemary also represented the family of Robert Hamill, a Catholic kicked to death by a loyalist mob in Portadown. An armed RUC patrol at the scene refused to intervene and made no attempt to arrest the killers. A similar probe into the death of Robert Hamill is due to open next month.

The formal opening of the inquiry into the killing was held in Craigavon Civic Centre. A three-member panel outlined the scope of their investigations. Retired British judge Michael Morland read an 18-page opening statement saying: "Our task is to seek out the truth." He was joined by Valerie Strachan, former chair of the British Board of Customs and Excise and Anthony Burden, former British chief constable of South Wales.

Morland has a controversial history in relation to the Six Counties. He acted for the crown in 1973 internment proceedings and was a member of the 1974 Gardiner commission, which recommended phasing out special category status for political prisoners.