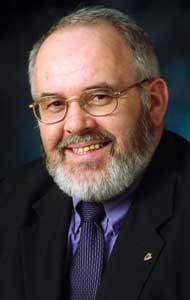 Sinn Féin's Francie Molloy is calling for an investigation into the running of the electoral office after the conviction, at Dungannon Crown Court last week, of former deputy returning officer Alastair Patterson (59) from Castlecaulfield, County Tyrone.

Patterson, deputy returning officer for Fermanagh/South Tyrone and Mid-Ulster, was convicted of theft, forgery and false accounting between May 1996 and December 1998 and was given a 15-month jail term, suspended for two years. He admitted accepting 'sweeteners' of money and alcohol from Omagh contractor Edmund Stanley Wiltshire in return for electoral count contracts. Wiltshire's four-month sentence was also suspended for two years.

Patterson accepted £30 and a bottle of vodka in return for allocating a contract for collecting ballot boxes and delivering screens to polling stations for the general election in 1987. The court heard that by the time of the Assembly elections in June 1998, Patterson was receiving £1,000 in cash for his services.

Judge McFarland said Patterson acted out of pure greed and had exploited his position.

Patterson was the electoral officer in April 1981 who made the announcement when Bobby Sands was elected as the MP for Fermanagh/South Tyrone, while on hunger strike. He was also one of the most vocal election officials to attack Sinn Féin by accusing the party of electoral fraud.

In the early '90s, Patterson became chief executive of the Ulster Unionist Party and was at the centre of that party's internal feuding that eventually saw Jeffrey Donaldson leave and join the DUP.