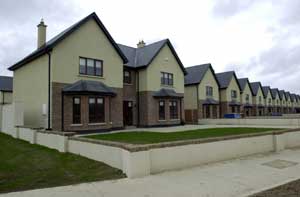 In some parts of Ireland, developers have the land but won't make planning applications to build on it. But in other areas, developers are rushing to meet planning deadlines in unprecedented numbers. How can this be? Well, it all depends on government policy.

On the land hoarding side of the road, one builder in Dún Laoghaire/Rathdown council area owns a significant proportion of "inactive land". The individual has not brought any schemes to develop housing through the planning process.

This is just one of the findings in a secret government report leaked to the Irish Times this week. The Department of the Environment had refused to allow a freedom of information request for the report by Goodbody Economic Consultants that also found that speculative land hoarding in the Fingal Council district might have contributed to restricting house building in the area.

The report also found evidence of oligopolistic hoarding in Fingal, that is, where a small number of landowners controlled the available building land.

The Goodbody report also found that there is a case for state intervention in the housing market through a "use it or lose it" clause, where the government could compulsarily purchase such land and build affordable housing.

The coalition government have had this report on their desk for over a year and have not acted on or published its findings.

Leitrim County Council took in 268 applications in the four days before Christmas Eve. They would usually receive about 20 applications a week. A similar scenario was repeated across the state, with councils inundated with planning applications; even Dublin City Council had double its usual number of applications.

The moral of the story is that developers will act when offered an incentive. What the Government could do is test the water with some reverse psychology and find out whether a credible threat of buying and building on hoarded land could have the same effect. The added benefit would be cheap land and no tax revenue lost through breaks and reliefs. But with this report gathering dust for over a year, such an innovative strategy seems unlikely.