No substitute for face-to-face dialogue 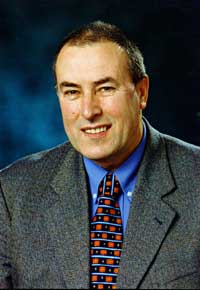 Whatever interpretation or spin people put on the failure to cement an agreement last week, I believe that one of the main obstacles to success has been the refusal of the DUP to talk directly to Sinn Féin about its concerns. There is absolutely no principle involved in this obstinacy. This is demonstrated by the fact that the DUP participates in studio debates, works with us on a daily basis in Council Chambers and even serves with us in civic roles such as in Derry, where we have a Sinn Féin Mayor and a DUP Deputy Mayor.

So the refusal by the DUP to wholeheartedly involve itself in the resolution of the difficulties in the process is not about photos or even IRA weapons. It is all about avoiding power sharing with republicans. The DUP is not psychologically prepared to share power and Ian Paisley successfully used the issue of photos to deflect attention from within his own constituency away from the fact that the DUP has now, according to the British Prime Minister, accepted the fundamentals of the Good Friday Agreement and its all-Ireland architecture. Having accepted the reality of the Agreement and realising that any comprehensive package would necessitate the DUP working within an all-Ireland construct, Ian Paisley was always going to erect obstacles and make unrealisable demands in order to avoid such a scenario. And if successful in these demands, then, as the last few days have proven, he has a ever-ending shopping list that would frustrate the most accommodating among us. What was portrayed by the media as a simple request for a photo over the weekend became a demand for a whole montage of photos.

But although it was the DUP leader that made the public demand for photographs and placed such photographs in the context of humiliation, he was only capitalising on a major blunder by the two governments in inserting such an expectation in their joint proposals in the first place. It is, therefore, the responsibility of the governments to disavow Ian Paisley and his party from any notion that this demand is achievable.

When the subject of photos was first put to Sinn Féin by the two governments a week before the Leeds Castle talks, they were left in no doubt that it was a mistake and that in Sinn Féin's view it would not be acceptable to republicans. Against our advice, the governments decided that in order to keep the DUP on board, they would remain a part of their proposals. We reiterated this advice on subsequent occasions but to no avail. It was, therefore, a welcome development this week that An Taoiseach accepted that it is not a workable solution. What was not welcome is the same Taoiseach grovelling before Ian Paisley to withdraw his comments.

Nobody should be under any illusions about the enormity of what was on offer from the IRA. It made clear its intentions to complete its putting of weapons beyond use in a very short timeframe and underpinning its commitment to contribute to a meaningful political process, to issue instructions to all of its volunteers not to involve themselves in any activity that would jeopardise the Agreement. Those politicians, both North and South, who are attempting to devalue this contribution by making or supporting additional demands, are doing so for purely selfish party political purposes.

Sinn Féin will take no lectures on defending the Agreement from those in the SDLP who diluted their entitlements on every issue when faced with opposition from either government or unionists. Attention seeking outbursts from Alex Attwood and Mark Durkan serve no purpose other than to give succour to those who do not want to see power sharing returned.

Sinn Féin will ensure that there is no dilution of the Agreement and in keeping with our republican ideals, we will do everything humanly possible to defend, strengthen and extend the all-Ireland nature of the Agreement. As the only all-Ireland party, with elected representatives to every elective forum in the political life of this island, we will continue to fight for all-Ireland social and economic harmonisation, as a means of working towards unity, as the most viable and peaceful strategy available.