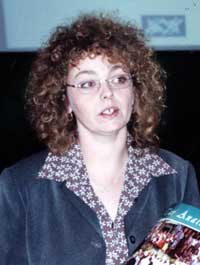 Sinn Féin Councillor for North Belfast, Carál Ní Chuilín, has slammed the actions of the PSNI after they entered the home of a woman who had died at 2am on Friday 29 October and took her son out for questioning.

According to Ní Chuilín, the PSNI held the woman's son in the back of a jeep for 20 minutes and questioned him about the circumstances of his mother's death and her background.

Said Ní Chuilín: "What the PSNI did is completely inexcusable. The McNally family have just lost their mother to cancer and to have the PSNI enter the house and claim that it was the scene of a crime and proceed to question one of Mrs McNally's sons is unbelievable.

"This is a family who will be suffering enough at this time of loss and to have the PSNI enter the family home armed with automatic rifles is surely not a practice that would happen anywhere else.

"I will be advising the McNally family to contact the office of the Police Ombudsman and their solicitors. This cannot be allowed to happen again to any other family. It also raises serious question on what is the practice and procedure of the PSNI in a so-called new beginning for policing."