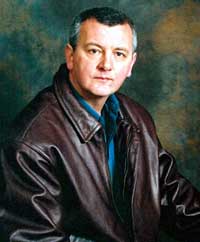 Sinn Féin in Derry is calling for the controversial CS Spray employed by the PSNI to be banned.

Councillor Paul Fleming made the call after a young nationalist, Gareth Coyle, was deliberately sprayed in the face with the weapon by the PSNI earlier this month.

The Catholic man spent two hours in hospital receiving treatment to his face and throat after he was sprayed with the CS Incapacitant Spray as he walked in the Strand Road area.

The young man said that he had become separated from his girlfriend as they tried to avoid a fight that was going on among some men who had just left a local nightclub. "I was walking towards Great James Street when the PSNI jumped from a landrover and suddenly without warning sprayed me."

According to the young man no one was attacking the PSNI at the time.

Fleming accused the PSNI of using the spray as a first option rather than a protective one when addressing confrontations in the city.

"This young man was never stopped, questioned, cautioned or arrested by the PSNI for any offence, yet he received injuries that required hospital treatment," she said. "The PSNI seemed determined to use this spray on every occasion in Derry. In the past number of weeks, we have received numerous reports from members of the public about the PSNI misusing this spray. It is now time for it to be banned."