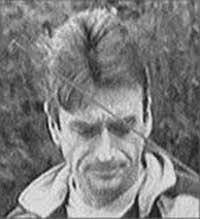 The conviction of UDA gunman Ken Barrett on Thursday 16 September at Belfast Crown Court for the killing of Pat Finucane means that "the [British] Government has run out of excuses for delaying the establishment of a public inquiry", said the solicitor's family in a statement.

Special Branch agent Barrett was sentenced to life imprisonment, with a recommendation that he serve 22 years, but he could be released in a matter of months under the terms of the Good Friday Agreement.

Within 48 hours of the conviction, it emerged that the British Government had given written assurances to Sinn Féin President Gerry Adams, saying it would establish a public inquiry into the 1989 killing of the human rights lawyer. The Sinn Féin president warned that the terms of the inquiry would have to be acceptable to the Finucane family.

So far, the Finucane family has yet to comment publicly on this latest development but it is thought that Geraldine Finucane had a telephone conversation with a British Government official over the weekend.

In their statement, released after Barrett was sentenced, the Finucane family dismissed the trial saying that they "have continually asked for the truth, but the guilty plea and sentencing of Barrett means that much of that truth remains hidden".

Barrett's guilty plea meant that a trial did not take place, so none of the evidence against him was examined in open court and remains hidden from public view.

The family went on to say they had no input into Barrett's prosecution and trial and had seen none of the evidence, nor would they have had the opportunity to challenge that evidence even if the trial had proceeded.

"The Stevens investigation, no matter how thorough, and any prosecutions arising out of it, including that of Barrett, will never come close to establishing the truth. The truth can only be established when we have the entitlement to question the relevant witnesses and scrutinise the relevant documentation," said the family.

"It is outrageous that the British Government is continuing its pretence that our concerns and that of the public can be satisfied by prosecutions and trials. The British Government has run out of excuses for delaying the establishment of a public inquiry into the murder and it is now time for the British Government to comply with its promise at Weston Park and its personal commitment to Judge Cory and indeed its international obligations."

Meanwhile four leading human rights organisations, Amnesty International, British Irish Rights Watch, CAJ and Human Rights First, have called on the British Government to urgently proceed with a public inquiry into the allegations of state collusion into and the subsequent cover up of the Finucane killing.

In a joint statement, the human rights organisations, who sent observers to the Barrett trial, said there must be no further delays in proceeding with a public inquiry.

"Successive British Governments have aided and abetted the cover up in this most sinister of murders, which involved collusion by several agents and agencies of the state, including the police and the army. The time has come to submit the murder of Pat Finucane to the independent scrutiny it demands. There is no longer any excuse for prevarication and we expect the Prime Minister to announce a public inquiry immediately."

It has also emerged in weekend media reports that Barrett was one of two UDA gunmen responsible for the killing, 16 years ago, of Catholic businessman Jack Kielty, father of comedian Patrick, who was shot in his office in Dundrum, County Down on 25 January 1988.

Three men were jailed for life for the Kielty killing, two of whom were former members of the British crown forces. One was a former UDR soldier while the other had served in the notorious Royal Marines. None of those convicted were believed to have been the gunmen.