Families tell collusion stories in US 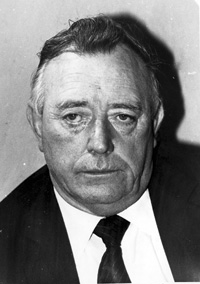 Relatives of victims of Britain's policy of collusion with loyalist death squads travelled to the USA this month as part of the campaign to compel the British Government into telling the truth about over 400 controversial killings in the North of Ireland.

Pauline Davey-Kennedy's father was John Davey, a Sinn Féin Councillor for Magherfelt District Council, shot dead on his way home after a council meeting in February 1989. At the time of the killing, a series of attacks had been carried out against members of Sinn Féin, including elected members and their families.

Suspicions of collusion were immediately aroused after it was discovered that the engine of Davey's car had been off at the time of the killing. Davey knew his life was in danger and would have only stopped at a British Army checkpoint.

Kelly Hamill's father Patrick was just 29 years old when he was shot dead after two gunmen burst into his West Belfast home in September 1987. Two armed men dressed in boiler suits forced their way into the Hamill family home off the Springfield Road and demanded the couple identify themselves "in the name of the IRA".

After confirming Pat Hamill's identification, one of the gunmen shot him in the head. The gang of two fired a passing shot at a Catholic neighbour as they made their getaway. The style of the killing later became identified as the hallmark of the FRU, the covert British Army unit in charge of directing loyalist death squads.

"Our trip to America included stops in New Jersey, New York, Washington and Philadelphia, in which we met a wide range of people, including Congressmen Ritchie Neal, Eliot Engel and Peter King. We also met officials from Hilary Clinton's office as well as many wonderful people within the Irish American community," said Pauline.

"Many of those we met were extremely concerned about the lack of cooperation by the British Government, not only in relation to Canadian Judge Cory's recommendations of inquiries into four killings, including that of Pat Finucane, but also in relation to the hundreds of cases of collusion in which there has been no cooperation at all."

Kelly Hamill said that although many of the people they met were aware of the collusion controversy, they were very shocked about the number of killings involved.

"We also highlighted the fact that the policy of collusion is still very much in existence today. We urged the people we met to use their influence to put pressure on the British Government to dismantle the mechanisms and structures which are still in place," said Kelly.

The two women said that they had been able to highlight how the British Government's proposal of a truth and reconciliation commission was simply another delaying tactic and an attempt to muddy the waters.

"The people of America were left fully aware that any attempt to establish a truth and reconciliation commission would be just another means of delaying a public inquiry into the murder of Pat Finucane," said Kelly. Pauline and Kelly also stressed that the families of the victims did not want individual inquiries into every killing.

"What we want is the British government to be made accountable for its actions and policy. We are calling for full disclosure of the truth about the killings. We would like the British Government to disavow its collusion policy and dismantle the mechanisms by which the killings took place," said Pauline.