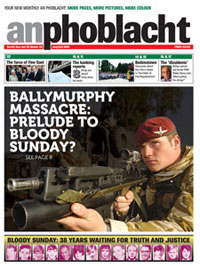 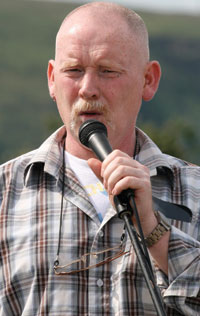 TORY British Prime Minister David Cameron’s insistence that “We’re all in this together” in the lead-up to the announcement of his slash-and-burn Emergency Budget on June 22nd was met with anger and scepticism from those in the Government’s crosshairs.
The Tory/Liberal Democrat coalition’s Emergency Budget takes special aim at welfare recipients and public sector... Free article

ÓGRA Shinn Féin activists David Collins and Evan Maxwell represented the republican youth organisation at a mass rally in Brussels, the hub of the European Union, on May 29th in support of the Basque youth movement.
They were campaigning against the repression of their peaceful political work by the Spanish and French states.
Last November, 34 youths were arrested in the Basque... Free article