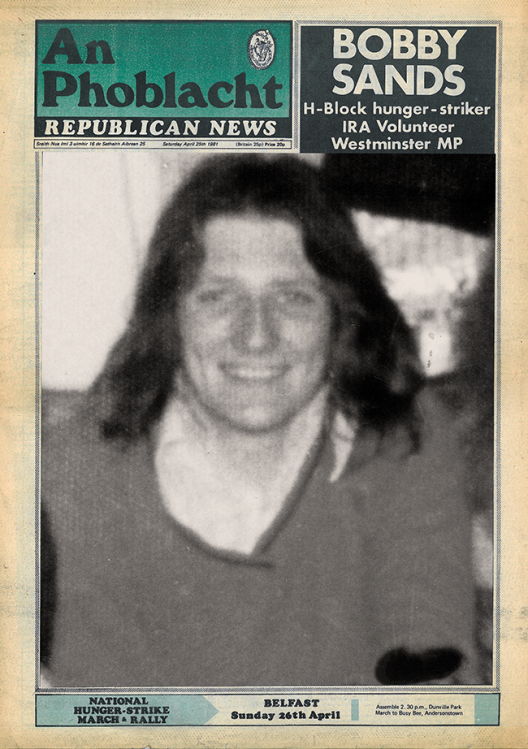 DANNY MORRISON was editor of An Phoblacht/Republican News and Sinn Féin Director of Publicity in 1981 and was a key contact between the protesting prisoners in the H-Blocks and the Republican Movement outside the jail. A former republican POW himself, Morrison was elected as a Sinn Féin member of a Six County Assembly in 1982. He became a full time writer in the 1990s. He is secretary of the Bobby Sands Trust. This article first appeared in the Andersonstown News on the 20th anniversary of the election of Bobby Sands. Free article

New beginnings, Bloody Sunday and beyond and The Fine Gael farce Free article

AS the Dáil approaches its summer recess there has been much talk about seismic change in Irish politics. But what has really changed?

A dire Fianna Fáil Government clings to office, propped up by a small party of opportunists (PDs/Greens, ‘Independents’ - tick as appropriate). Fine Gael has one of its periodic fits of the jitters and shoots itself in... Free article

THE Dáil has passed the Civil Partnership Bill, giving same-sex couples the right to legally-binding civil partnerships for the first time from next year.

The vote in Leinster House last night – supported by Sinn Féin TDs as a civil rights issue – was greeted with applause from the public gallery..

The Bill now goes to the Seanad and should be signed into law in the autumn.

He was speaking in the debate on the Health (Miscellaneous Provisions) Bill.

He described the Bill as “an attack on the sick”.

Assemble in front of the monument in Jubilee Gardens on London's South Bank (adjacent to the London Eye).

THE announcement this week of the highest-ever unemployment figure in the history of the 26-County state and a lack of Government concern will be highlighted on Friday by Ógra Shinn Féin protests at a number of locations.

Ógra Shinn Féin is demanding that the Government initiates a stimulus package to help get people back to work.

ANGLO IRISH BANK, the newly-nationalised state bank, has incurred the greatest losses by any bank in the entire world.

Sinn Féin spokesperson on Finance Arthur Morgan says it is a sorry indictment of where Government priorities lie and that the biggest losers are the taxpayers. Deputy Morgan also reiterated his call for the financial sector to set up its own rescue fund instead of... Free article

The International Criminal Court has granted a request by prosecutors to summon Campbell and... Free article

WATER CHARGES proposed by the Fianna Fáil and Green Party administration are more about forcing more taxes on the public rather than conserving water when there is huge waste at source, Sinn Féin has said.

Thanks to Mary Lou McDonald of Sinn Féin for the information and the link.