THE 20th anniversary of the death of Tyrone Sinn Féin activist and father of 11 children, Tommy Casey, has been marked by republican comrades.
Tommy was shot dead by loyalist gunmen after arriving at a neighbour’s house on October 26th1990.
The Owen McNamee Sinn Féin Cumann, Kildress, organised a series of events, including a graveside candlelit vigil and a display of the... Free article

THE annual Seán Treacy Commemoration in Kilfeacle, County Tipperary, last month heard Mid-Ulster Sinn Féin MLA Francie Molloy speak of the pride we republicans have in all those who made the ultimate sacrifice to bring about the total withdraw of British forces from Ireland.
Referring to ongoing media speculation about a possible visit by the head of... Free article

NEW BOOK | DÁIL STARS: FROM THE PLAYING FIELDS OF IRELAND TO THE CORRIDORS OF POWER 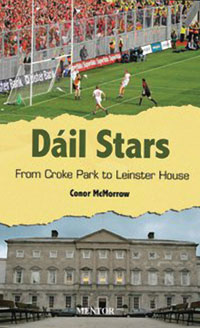 MARTIN FERRIS TD features in this just-published book as an Under-21 All-Ireland title winner as “an IRA fugitive on the run”.
We were a bit slow and the tenacious Kerry star got his hands on our review copy and it couldn’t be prised from his steely grip so a full review will have to wait for another day.
Author Conor McMorrow, a Political... Free article

I  OBVIOUSLY lead a very sheltered life as prior to watching Celebrity Bainisteoir I had never heard of Breffni Morgan or Gavin Duffy or Mairead Farrell or Derek Burke (although I do confess to having watched Crystal Swing on YouTube).
My ignorance is particularly inexcusable as from time to time Kaniah gets me to trawl through the tabloids for the Sinn Féin Press Office in the... Free article 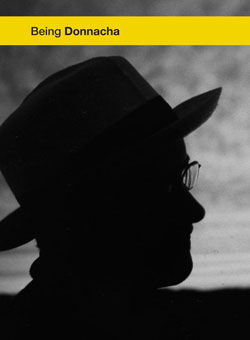 I REMEMBER very well the time Anne Rynne told me Donnacha had multiple sclerosis. We were on the phone. It must have been about 15 years ago. Or thereabouts. Donnacha was in his mid-20s. Although she was scared, Anne was very brave about this traumatic development in the life of her son. Donnacha was even braver. They are like that, this mother and... Free article 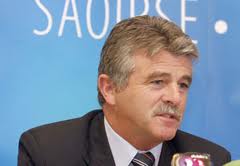 SPEAKING today during a Dáil debate on the Economy, Sinn Féin spokesperson on Finance Arthur Morgan said the Government’s strategy is ideologically driven rather than being based on commonsense.

TODAY, October 27th, marks the 30th anniversary of the start of the 1980 Hunger Strike by republican prisoners in Long Kesh, who were later joined on the strike by women in Armagh Jail.

Lurgan man Leo Green went without food for 53 days during the 1980 Hunger Strike. He is currently working as part of Sinn Féin's Assembly support team at Stormont. 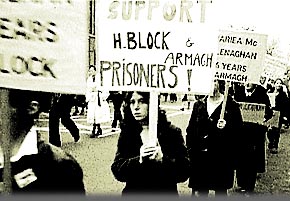 THE 30th anniversary of the start of the 1980 Hunger Strike by republican prisoners in Long Kesh and Armagh women's jail who were protesting for political status is to be marked by republicans in Belfast on Wednesday October 27th.

In west Belfast, white-line pickets will be held at the top of the Whiterock, the Andersontown Leisure Centre and Poleglass roundabout at 5.30pm. 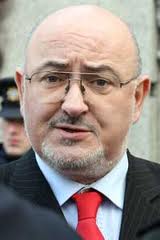 SPEAKING in the Dáil debate on the Economy today, Sinn Féin Dáil leader Caoimhghín Ó Caoláin (right) said savage cuts in Budget 2011 would prevent recovery and that a better, fairer approach is possible.

Sinn Féin stands as the real opposition in this debate.

Deputy John Gormley’s call for talks between party leaders and all that followed served one very useful purpose –... Free article

TWO cheers for RTÉ, Today FM and Newstalk this morning for not jumping too much on the 'exports growth' bandwagon.

RTÉ, like many other news media outlets, have reported on Irish Exporters’ Association (IEA) figures which show a 9.3% increase in exports in the months July to September 2010. Exports for the first nine months of 2010 are 4.4% ahead of the same period in 2009. So... Free article