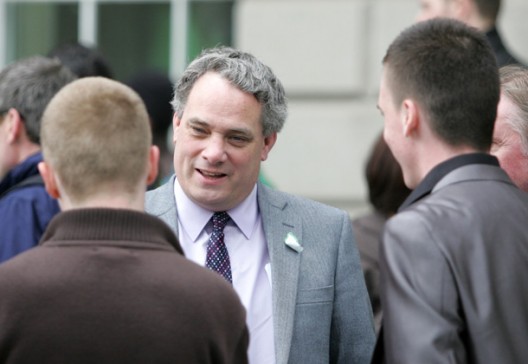 THE TAOISEACH has given an undertaking to Gerry Adams in the Dáil that he will raise with British Prime Minister David Cameron in an inter-governmental meeting in March the cases of Marian Price and other Irish citizens jailed in the North without due process. Free article

Is Left unity an illusion?

THE opinion polls give consistently very comforting news for Sinn Féin, with the party’s support nearly double what is scored in the Dáil general election in 2011. Premium service article

“THE SIMPLE FACT is that food cannot be seen as a cheap commodity,” says Mark Price, Managing Director of the Waitrose supermarket chain. Price’s comments have resonated through Europe since the ‘horsegate’ saga began in Ireland in January. Free article

ALTHOUGH any criminal investigation into contamination points of origin in the horse meat scandal is in the competency of individual states and must be pursued, the major supermarket chains cannot escape their responsibility for creating the conditions which encourage such criminality. Free article

NATIONAL HEALTH policy adviser Darren O’Rourke has been selected by Sinn Féin to contest the Meath East by-election in the first real test for the Fine Gael and Labour Government since 2011. Free article

THE sense of anger and injustice felt by the New Lodge community at the killings in February 1973 of James McCann, James Sloan, Tony Campbell, Brendan Maguire, John Loughran and Ambrose Hardy (a seventh man, Charlie Carson, was severely wounded) by the British Army and its loyalist agents was evident in the huge turnout at the candlelight vigil to mark their anniversary on Sunday 3 February. Hundreds of people, young and old, came out on a bitterly cold night to not only remember the New Lodge Six but to show solidarity with their families and send a message to the British Establishment that, despite the 40-year gap, the injustice of that night has not been forgotten. Premium service article

Scotland: Impacting on the narrative of sectarianism

THE Scottish Ministerial Advisory Group on Tackling Sectarianism, headed by Dr Duncan Morrow, the former chair of the NI Community Relations Council, is now entering its sixth month of activity. Whilst Dr Morrow hails from a well-trodden liberal path in the Six Counties, where deep-rooted political divisions are often dismissed as being of a religious and thereby ‘sectarian’ nature, his presence in Scotland and the group he chairs should not be entirely dismissed by republicans. Free article

The Civil War in Cabra

NICKY KEHOE was a Sinn Féin councillor for Dublin North Inner City (including his home patch of Cabra) from 1999 to 2007. In 2002, he was just 74 votes from winning a Dáil seat in Dublin Central, coming third in first-preference votes in a constituency where the (then highly popular) Taoiseach Bertie Ahern habitually topped the poll. Nicky retired from frontline politics in 2007 but has remained a committed republican. In this extended ‘Remembering the Past’, Nicky looks back at the Civil War murders in 1923 of two young men in his Cabra neighbourhood by shadowy Free State forces waging a dirty war against the IRA. Free article

What colour is the future?

WATCHING ENGLAND beat Ireland in the Six Nations rugby international was not a pretty sight. But it wasn’t a completely wasted afternoon. Free article