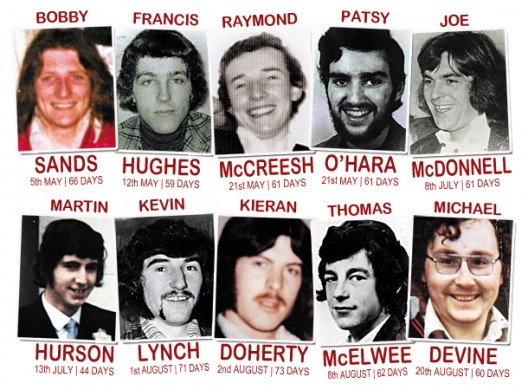 THE National Hunger Strike Commemoration is a special time when we pay tribute to those who gave their lives in prison, those who endured prison, and their comrades, families and communities beyond the prison walls. Free article

FORTY YEARS on from the killing of 18-year-old Fianna Éireann member Tobias Molloy at the hands of the British Army at the infamous ‘Camel’s Hump’ checkpoint on the Strabane/Lifford border, hundreds of local people attended commemoration events organised to mark this landmark anniversary of this young republican’s untimely death . Premium service article

IRA TAN WAR LEGEND TOM BARRY has inspired freedom fighters not just in Ireland but all over the world, including international revolutionary icons such as Che Guevara. Free article

HIKMAT AJJURI is a man deeply committed to his work representing Palestine abroad. As the Palestinian Ambassador to Ireland he has travelled to every corner of this island to highlight the ongoing occupation of his country and outline solutions to the conflict. He received a standing ovation for his speech at the Sinn Féin Ard Fheis in Killarney. I meet him shortly after he spoke. Premium service article

FOLLOWING the review of unionist and Orange volunteers at Balmoral in Belfast on 9 April 1912 (Easter Tuesday) by Edward Carson and Bonar Law, leader of the Conservative Party, the unionist leadership began to think of an oath of loyalty to the unionist cause that would strengthen unionist opposition to home rule. In a conversation between James Craig MP (a senior member of the unionist leadership) and BWD Montgomery (Secretary of the Ulster Club in Belfast), Montgomery suggested using the Scottish 1643 Solemn League and Covenant as a model for their oath. Thomas Sinclair, a leading member of the Ulster Unionist Council, was then given the task of writing the first draft. Prior to its adoption by the Ulster Unionist Council, the final draft of the Covenant was submitted to the Presbyterian, Methodist and Congregational churches and the Church of Ireland for their consent and approval. Premium service article

Much ado about very little

THERE ARE over 430,000 unemployed in the 26-County economy, at 14.5% the fifth highest in the European Union. Measures – any measures – that will reduce that figure and create jobs are to be welcomed and it is in that context that the Government’s ‘jobs stimulus’ was to be welcomed. Free article

1972 was the most tragic year with the highest number of deaths and injuries in the modern Irish conflict. It was a major turning point that was to determine political and military events for years to come. Premium service article

TITLE-HOLDERS BEWARE. The underdogs have been unleashed on this year’s All-Ireland championship. In a fearless display of skilful and spirited hurling in Croke Park, the Galway senior hurlers mauled Kilkenny. Premium service article

Unemployment out of control

UNEMPLOYMENT rates in some local areas across the 26 Counties have exceeded 50% for the first time in decades. Free article

BORN in January 1943, Sile Fleming was the second eldest girl in a family of twelve children to Eileen and George Fleming. Sile’s father died young and the family moved to Creggan. She was raised to believe in the principles of justice, freedom and equality, values that would stand the family in good stead in the years following the Civil Rights movement and the arrival of the British Army. Free article