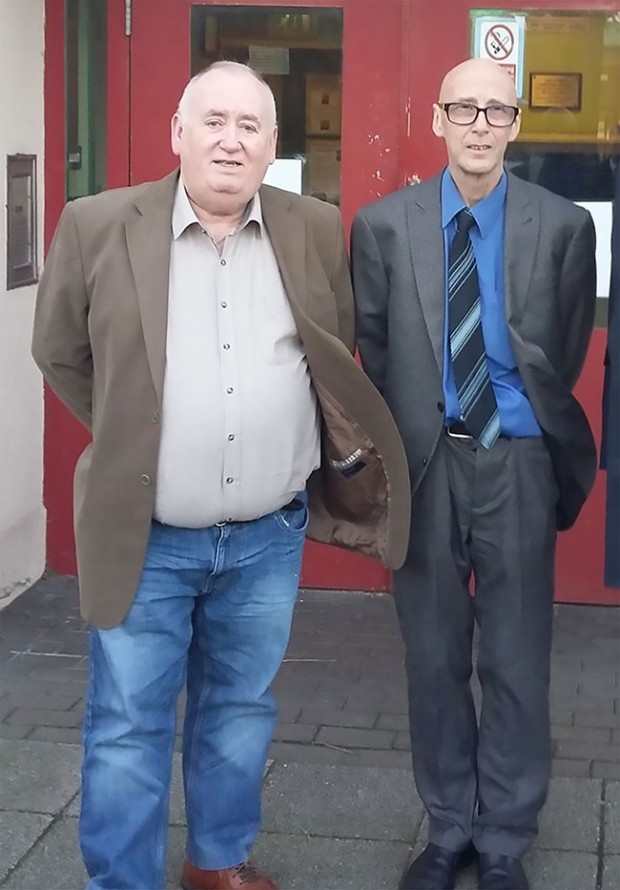 John was a role model for those of us who fight for human dignity, equality and respect for all regardless of class, creed or sexual orientation.

ON HEARING of the death of John Leatham, Sinn Féin MLA Fra McCann described the well-known advice worker and LGBT activist in west Belfast as “a champion for the people of no property”.

John died in his Divis Tower home on Saturday 12 August after he succumbed to the cancer that he courageously fought against for so long.

Born 60 years ago, his unmarried mother, due to the social pressures of the time, placed her new-born baby into a Belfast care home. There – along with other defenceless, vulnerable children – he suffered years of horrendous physical and sexual abuse.

Falls resident Lily Leathem adopted John, took him into her Albert Street home and raised him as part of her family after his release from care. Such was his respect for Lily that John changed his birth name to Leathem.

John began community activism in the Falls area of Belfast early in the 1980s when he became involved in the campaign to demolish Divis Flats and replace them with affordable social housing.

He went from there to work in the Falls Road Sinn Féin Centre in 1992 in the aftermath of the attack in which RUC member Allen Moore shot dead Paddy Loughran, Pat McBride and Michael O’Dwyer.

The Falls Road Advice Centre, with John as its leader, played a crucial role in promoting the community activism and street politics which West Belfast Sinn Fein became renowned for.

“Literally thousands of people are living in homes today or have had their benefits sorted as a result of John Leathem and the team that staffed the Falls Road centre.

John gave evidence to the Historical Inquiry into Child Sexual Abuse in Belfast care homes and was still actively campaigning for the survivors to be adequately compensated.

As an openly gay man, John never tried to hide his sexual orientation. He saw it as a natural part of his identity and saw no contradiction with his community activism.

Almost seven years ago, John was diagnosed with cancer. He fought it with the same tenacity and determination he had fought for all the people of the Falls and beyond for all those years.

Shortly before he died, he found the time to attend a Housing Executive meeting on the Tuesday and the biggest-ever Belfast Pride parade on the Saturday.

John was a role model for those of us who fight for human dignity, equality and respect for all regardless of class, creed or sexual orientation.

He will be deeply missed by all those who had the immense pleasure to have known him.