Stormont crisis: DUP and British Government have much to reflect upon if progress is to be made 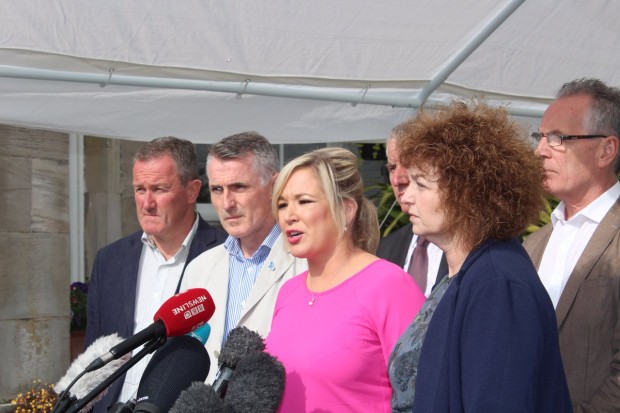 MARTIN McGUINNESS resigned as Joint First Minister on 9 January due to serious allegations of financial corruption associated with the DUP at the heart of government in the North of Ireland and a denial of rights and equality.

That reality continues to overshadow the political process and therefore the Assembly and Executive continue to be suspended.

Since the resulting Assembly election on 2 March, three rounds of talks have taken place to try and re-establish the political institutions.

The second round was interrupted due to the British Prime Minister’s decision to call an unscheduled Westminster general election.

Earlier this week, the most recent phase of talks which started after the Westminster election also ended with no agreement.

Sinn Féin shares the widespread public disappointment and frustration at this lack of progress.

The fact is that the first 17 days immediately after the Westminster election were squandered by both the DUP and British Conservative Party, who chose to conduct a parallel negotiation to get DUP support for a minority British Tory Government. 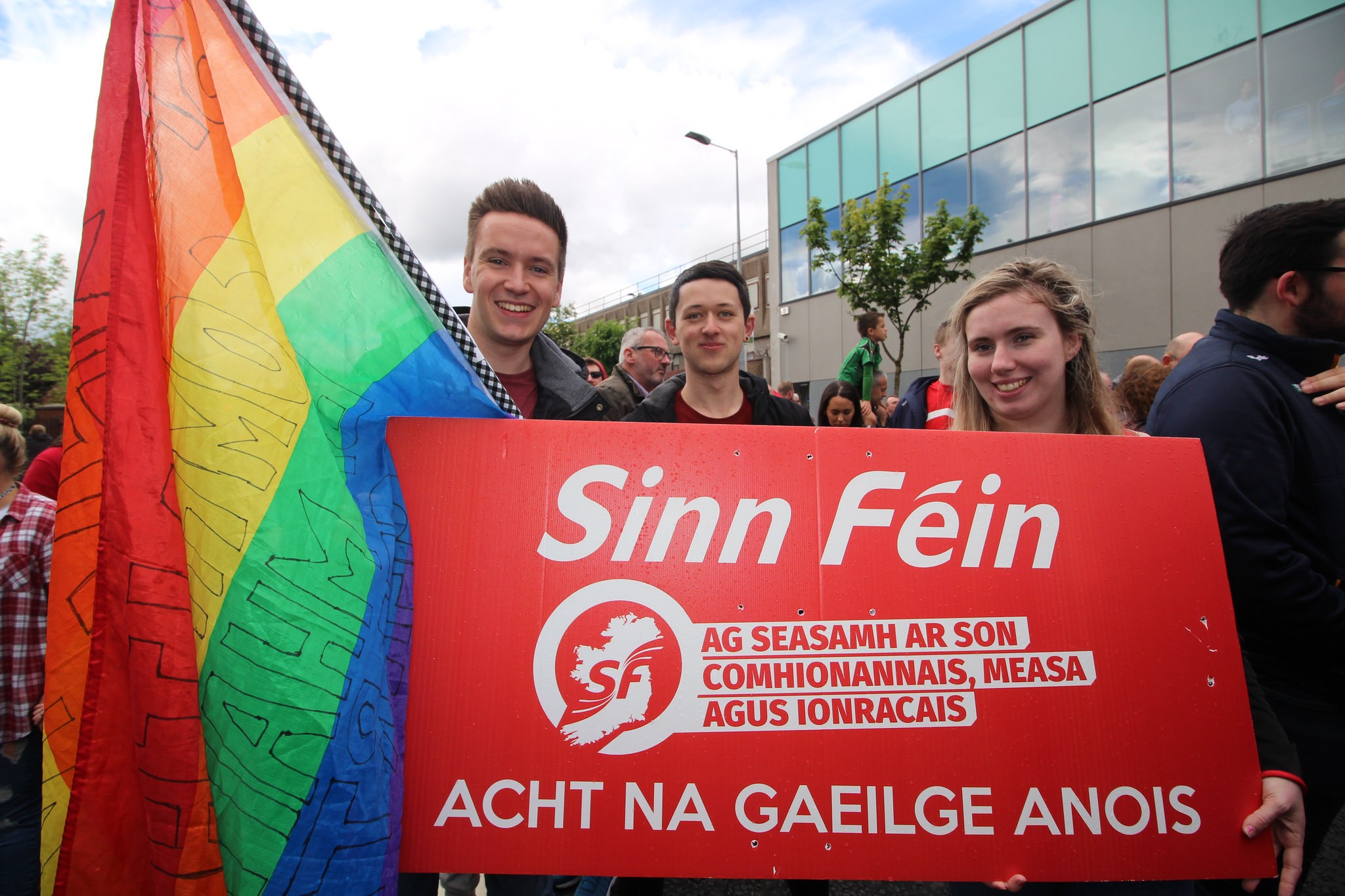 That deal then played directly into the talks at Stormont Castle to re-establish the power-sharing institutions.

During the previous two phases of talks, in March and April, the DUP refused to properly engage on the issues at the heart of the political crisis.

Their intransigence has now been rewarded and emboldened due to its formal political alliance with the British Conservative Government.

So, in the last two weeks, the DUP has had absolutely no reason to address the failure to implement previous agreements which go back as far as the Good Friday Agreement and relate to the Irish language, a Bill of Rights, legacy mechanisms to deal with the past, as well as wider rights issues, such as marriage equality and anti-sectarian measures.

Their opposition to progress on these issues has been directly aided and abetted by the British Government.

This government has caused massive damage to the political process since it came to power in 2010.

Its approach towards Brexit and alliance with the DUP has put it on a collision course with the fundamental principles of the Good Friday Agreement.

The anti-equality axis of the DUP and British Government has now been formalised.

In return for the DUP’s support to impose further austerity and pay cuts on emergency service and other public sector workers (such as those who attended the Grenfell Tower inferno), this Conservative Government has supported the DUP in denying the same language, marriage and other social rights enjoyed by people in England, Scotland, Wales and South of Ireland.

Perversely the DUP has tried to misrepresent Sinn Féin advocacy for an Irish Language Act as ‘cultural supremacy’.  The DUP has both ridiculed and politicised the Irish language.

The fact is that an Irish Language Act is about more than recognition of the Irish language.  Fundamentally, it is about equality for the Irish identity in the North. It has become totemic for the broader equality and rights agenda.

Fifty years ago, the civil rights campaign was launched in the North of Ireland. Its modest demands were met with violence and opposition.

Today, an ‘equality revolution’ has been started. It is being driven by new generations inspired by a vision of change.

The DUP is saddled by views and dogma, which are the antithesis of a modern rights-based society.

The Good Friday Agreement set out the basic requirements for equality and parity of esteem. The DUP has been attempting to hollow out power-sharing, partnership and equality ever since.

The current talks have been focused upon implementation of past agreements which the British and Irish governments and the DUP have failed to embrace.

However, another serious question also arises, and that is whether the Northern state and political unionism can accept parity of esteem for the Irish identity, and equality for all citizens, regardless of creed, class, colour, or culture. 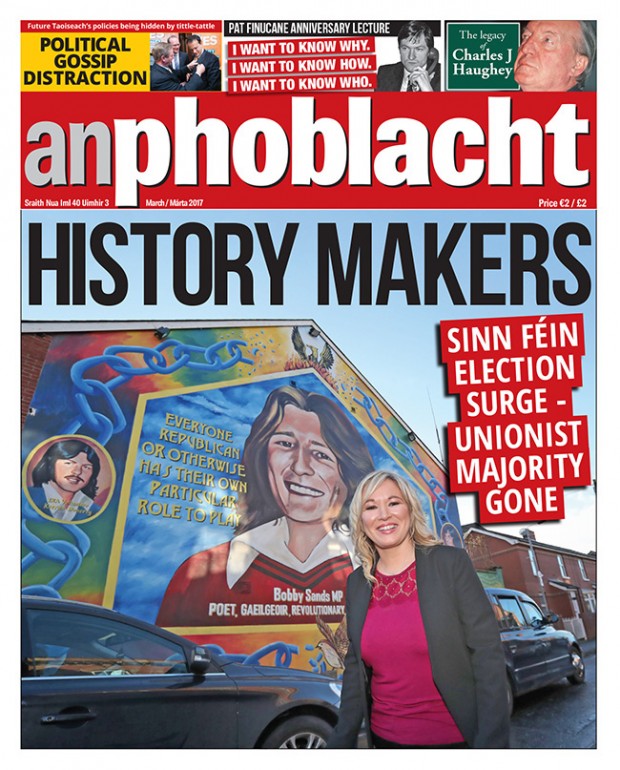 The Assembly election in March ended the overall unionist majority in the political institutions.

The June Westminster election reduced the overall unionist share of the vote to below 50%.

This has never happened before. There has been a far-reaching realignment of politics in the North.

The momentum for change unleashed by Martin McGuinness’s resignation cannot be put back into the box.

Politics in the North will never be the same again.

No citizen or section of society here will ever again be put to the back of the bus.

The equality revolution embracing language, marriage, diversity and democratic rights is giving expression to the unfinished work of the Civil Rights campaign and the Good Friday Agreement.

The electoral mandates secured by Sinn Féin in March and June were not flukes.

There is now a popular expectation of how the Northern political institutions should serve all citizens.

Those who voted for Sinn Féin will not consent to be governed any longer under terms set or dominated by the DUP. That era is over.

The DUP can only again go into government when it accepts the core principles of the Good Friday Agreement and the primacy of a rights-based, inclusive and anti-sectarian society in the North.

Sinn Féin wants the political institutions established urgently but not at the expense of continued institutionalised bigotry or political corruption.

A new standard has been set and it is not negotiable.

Rights and equality, and objective need governing public policy, must be at the centre of any future Executive and Assembly.

The newly-mobilised and energised sections of progressive opinion in the North of Ireland will accept nothing less.

We can only move forward together as one community based on proper power sharing and parity of esteem.  There will be no return to the status quo pre-9 January.

Both the DUP and British Government have much to reflect upon over the next two months.