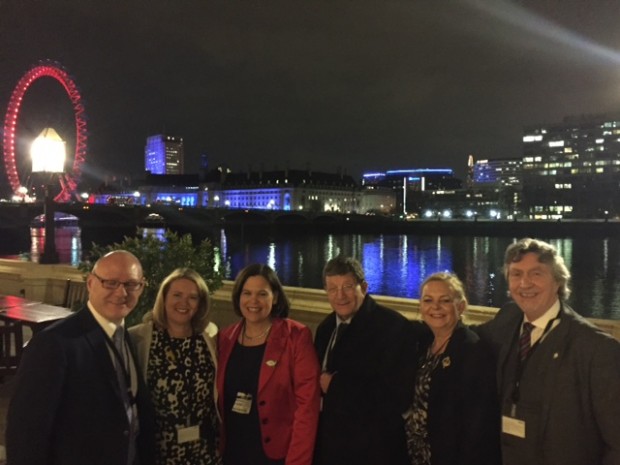 THE CENTENARY of the 1916 Easter Rising and its relevance to the politics of today was marked at a House of Commons reception hosted by Sinn Féin MPs where deputy leader Mary Lou McDonald TD was the keynote speaker.

In a poignant moment, Paul Maskey made history by reading out the Proclamation – for the first time ever – in the precincts of the Palace of Westminster.

The packed room included MPs from across the political spectrum, in particular from Labour, the Scottish National Party and Plaid Cymru – The Party of Wales, together with a myriad of organsiations from within the Irish community, trade unions, social justice and equality movements and campaigners. 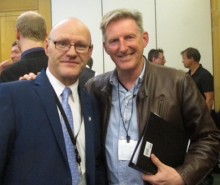 The audience also included many from the fields of human rights, academics, media and the arts, such as actor Adrian Dunbar pictured right with Paul Maskey MP.

In her speech, Mary Lou McDonald spoke about the huge significance of 1916 and its legacy for today. She stressed the need to build alliances across Ireland, Scotland, Wales and England on a crucial social and economic issues and campaigns for equality and justice.

Directly addressing the Peace Process, she asserted that building peace is crucial, and involves “hard work”. Sinn Féin would “continue to work for reconciliation between the Orange and the Green and between Ireland and Britain,” she said, adding:

“Sinn Fein will never shy away from hard conversations and difficult decisions that must be made if we are to reconcile communities and deal with the past and legacy issues.”

On dealing with those legacy issues, she warned that the British Government by “refusing to give full disclosure on its role in events in the past – hiding behind a veil of national security – does nothing but prolong the suffering and hurt of all victims”.

Addressing the role of women in 1916, she paid tribute to the “vibrant and progressive feminist movement – some sought simply the extension of the vote to women, others campaigned for full equal standing with men, adequate healthcare provision for themselves and their children, the eradication of poverty and disease, the ending of discriminatory laws and practices against women”.

She said women were very often driving force behind the republican and the labour struggles yet their contribution was airbrushed out of history. “Only now is their contribution being given rightful recognition,” she said, citing the roles of Margaret Skinnider and Constance Markievicz, who also made history in being the first woman elected to the British House of Commons. Mary Lou reminded people that that Markievicz was an abstentionist MP – just as Sinn Féin MPs today maintain that principle.

She said that the state existing in Ireland today did not reflect the vision of and the aspirations of 1916 and the Proclamation. However, she said, progressive change is asserting itself and she praised the “overwhelming” Yes vote for marriage equality which showed that “progress has been made – Ireland is now pluralist society – Home Rule no longer means Rome Rule”.

Underlining the need for social and economic equality, she said that achieving this means Irish reunification to develop a truly independent and progressive economic policy. She said that devolution of fiscal powers to the Executive and Assembly at Stormont is “urgent”.

Dealing with the recent Dáil general election, she said that “seven weeks of no government reflects deep changes in the political landscape” in the South. Sinn Feein now had 23 TDs – “the largest Oireachtas team in modern times, and the latest milestone in our political road”.

The Stormont elections on 5 May provide a further opportunity to take this forward, taking place on the 35th anniversary of the death of Bobby Sands, the Dublin TD noted.

Addressing the issue of the Diaspora, she said:

“Behind every story of the Irish in Britain lies stories of huge personal sacrifice and family separation. No matter how long you are away, Ireland was and still is home.”

She paid tribute to those who have worked with Irish emigrants here over the years:

“You are truly patriotic – and you didn’t turn back on your compatriots. It is now time Ireland didn’t turn its back on you by giving votes for the Diaspora.”

Dealing with the crucial issue of the upcoming EU referendum in Britain, she stressed Sinn Féin’s opposition to a Brexit from Europe:

“It is unconscionable to have Ireland both in and out of Europe . . . and it is unacceptable to have border controls and checks on island of Ireland.

“The EU is unquestionably in need of radical reform and change but it is not in the interests of Irish agriculture, commerce or society to have exit imposed on the North of Ireland – it is for the people of the North to decide whether the North remains with the rest of us within Europe.” 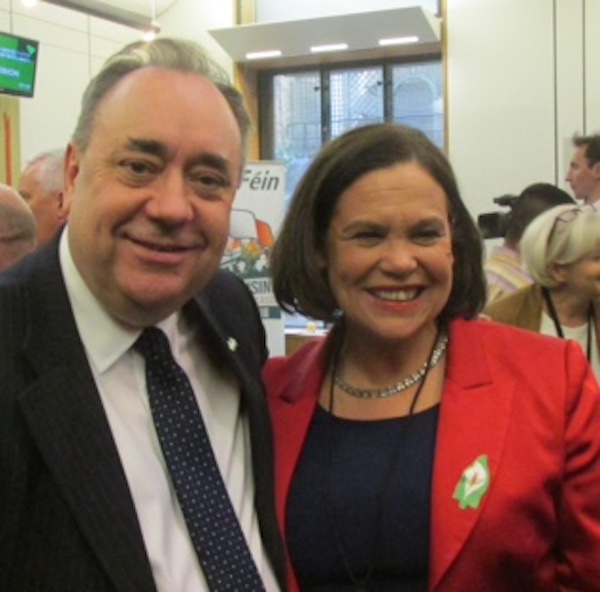 Pat Doherty MP, speaking afterwards, said the positive response to Sinn Féin’s message and the big turn-out for the event reflected a resonance with Sinn Féin’s message that a better Ireland is possible and which struck a chord with those advancing a progressive alternative in Britain and across Europe.

He said there is an ongoing support for the Peace Process and a heightened awareness given the focus on the 1916 centenary year.

The recent Dáil elections – which saw a sea-change in Irish politics – have also provoked much interest. With the British Conservative Government facing growing opposition to austerity, and in the context of concern over issues such as tax avoidance and rising inequality, the opportunity to build alliances across the Irish sea is stronger than every.

·      The Sinn Féin event in Westminster forms part of party’s work in London and more widely in England, Scotland and Wales. Sinn Féin MPs and TDs have also been participating in a range of events in cities and towns to mark 1916 (in Glasgow, London, Liverpool and Birmingham, for example) and will continue to do so throughout the centenary year.