Easter 1916: British soldiers murdered Dublin families in their homes and buried them in their yards 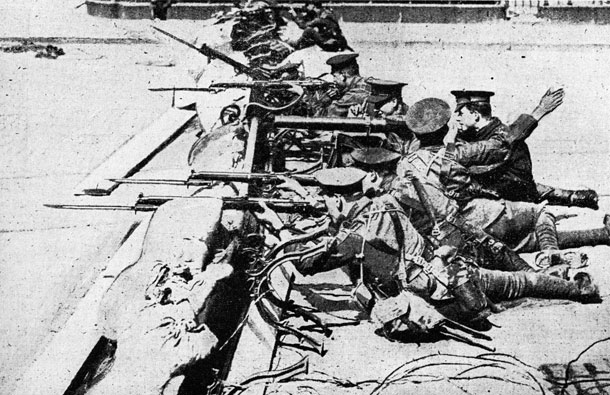 AS THE dust settled over Dublin City and the Volunteers who had made a heroic stand at Reilly's Fort were ordered to surrender – a gruesome discovery was made in the basement of the licensed premises at 177 North King Street.

A young boy named George Fitzgerald was working as a porter in the cellar of the bar washing bottles when he got a “heavy smell” as Guinness workers were removing barrels. He noticed blood on the barrels which splashed onto his shoes.

They spotted that the floor of the cellar had recently been dug up and after removing some clay they found the bodies of the missing foreman Patrick Bealen and Jameson Distillery worker James Healy. This grim discovery was only the beginning.

Twelve more civilians had been brutally murdered by British soldiers in the area of North King Street. Another man was also killed on nearby Little Britain Street.

Suffering heavy casualties, the British were forced to use armoured cars made of flatbed lorries seized from Guinness Brewery with smokeboxes bolted on the back to move around the area.

They often backed the cars up to the doors of houses before breaking their way into the homes. In one incident, a British soldier attempting to club in a door with the butt of his rifle killed his comrade when the weapon discharged.

British General Lowe had issued an order that no attempt was to be made to take prisoners in the area as they had 'placed themselves outside the law'. British soldiers took this as confirmation that they could execute anyone they suspected of being a rebel.

Commandant Paddy Holohan of Fianna Éireann, who was based in the Four Courts area, described the scene as the British troops arrived:

“An armoured car appeared again, and its fifteen occupants jumped out and proceeded to fire into every house along North King Street, the few occupants lying face down whilst the bullets pounded the walls over them... The attacking British clambered to the rooftops, and from this vantage rained down bombs on the street until the answering bullets dislodged them.”

The British then began to break down the doors of homes and bore through the walls towards the rebels positions.

In one incident a British officer “lost his head” according to the rebels and ordered a charge up the street against the entrenched rebel positions. The charge was cut down, leaving eight British soldiers dead.

After the British soldiers broke down the door of number 177 they rounded up the family hiding in the basement and placed them under guard. Patrick Bealen even chatted with the soldiers and made them tea before he was brought down to the cellar and shot in the back.

Civilians in the area said that between 6pm on 28 April and the following morning, British soldiers had carried out a house-to-house massacre of men and boys. There was outrage across Ireland when newspapers published accounts of the atrocities. Dublin Corporation voted by a margin of 22 to 1 for an inquiry into the incident. 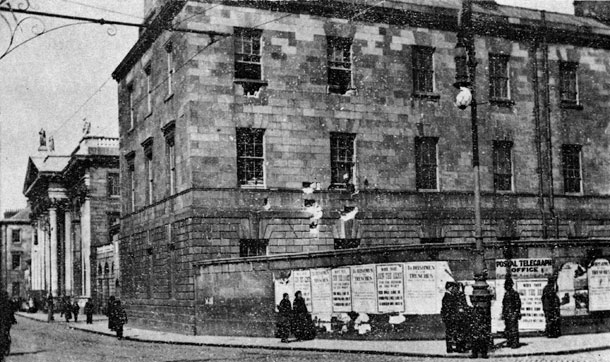 The Freeman's Journal spoke for many when it wrote:

“If an unarmed man is found in the exact place where he ought to be in such a time of turmoil, that is in his own home, his death at the hands of the military needs the most complete justification. When a man determines on Civil War he does not usually choose his own fireside as the scene of combat. If he is found there unarmed, the presumption is altogether in favour of his innocence. Even should his roof have been made the roost of a sniper it is no proof of the householder's guilt. Had the military acted upon any other principle in Merrion Street, Northumberland Road and round Merrion Square those fashionable districts would have been decimated. There can hardly be one code for North King Street and another for Merrion Square.”

The Kerryman newspaper, reporting on the discussion at Dublin City Hall where Alderman Laurence O'Neill spoke of the appalling massacre, said:

“As one who lived in the vicinity of North King Street, and was personally known to some of the poor people who were killed, and as one who saw poor people shot down like dogs before his eyes, he should say that he could never forget the sights that he witnessed. He should never forget a poor young boy stark and stiff in a corner. He could almost hear the plaintive wail from him: 'Oh good Lord, is there no one to save me'.” 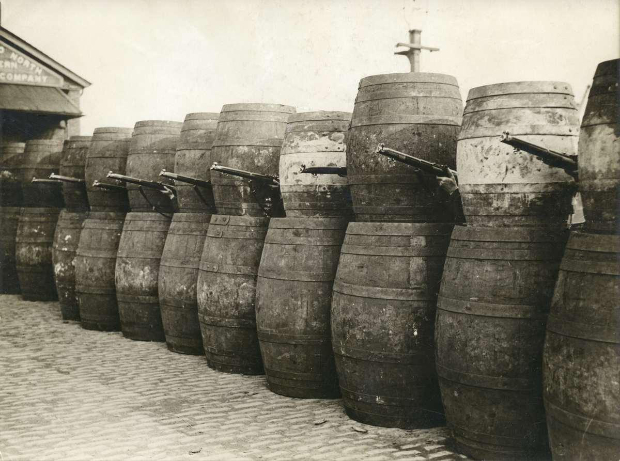 Lieutenant Colonel Henry Taylor of the Staffordshire Regiment dismissed the numerous witnesses who claimed the soldiers had engaged in wholesale slaughter in North King Street. Telling the inquest:

“No persons were attacked by the troops other than those who were assisting the rebels, and found with arms in their possession”.

He went on to justify the murder of Healy and Bealan by claiming his troops had been under fire from “practically every house in the portion of King Street and other buildings overlooking it” and singling out their house:

“The premises number 177 North King Street were indicated to me as one of the houses from which the troops had been repeatedly fired upon.”

Defending the actions of the soldiers, General Maxwell said:

“No doubt in the districts where fighting was fiercest, parties of men under the great provocation of being shot at from rear and front, seeing their comrades fall from the fire of snipers, burst into suspected houses and killed such male members as were found. It is perfectly possible that some were innocent but they could have left their houses if they so wished and the number of such incidents that have been brought to notice is happily few. Under the circumstance the troops as a whole behaved with the greatest restraint”

Speaking in the House of Commons in July 1916, Irish Parliamentary Party MP for College Green, John Dillon Nugent – a nationalist and long-time critic of Irish republicans – contrasted the treatment of civilians in the Four Courts area by the British with that of British personnel captured by Irish forces:

“The Home Secretary, too, should know that the Metropolitan Police that were taken prisoners in the Four Courts were properly treated by the Sinn Féiners. They were actually guarded lest any attack might be made upon them by anyone until they were released and handed over to the War Office.”

Speaking of the rampage in North King Street, he said:

“Once the military come into possession of a particular street they do not satisfy themselves with trying to get into the houses. I was able to send to the Prime Minister a letter indicating that at one of the most respectable business houses in the street the military knocked at the door, and before there was time to open the door they fired through it and shot a young girl of eighteen who was in the hospital till about two weeks ago. This was at the corner of North King Street and Smithfield. There was no shooting at that particular point. This young girl, Cullen, is ruined for life.”

He also denounced claims that those responsible had 'seen red' and were not acting under orders:

“He [Dr Louis Byrne, Dublin City Coroner] had seen one back yard where three men had been buried for three days and then removed – buried in this yard manifestly with the object of concealing them. He saw another place where a poor boy had been shot in a small back room. He saw the boy’s mother who thought him asleep and when she went to rouse him, found him shot. He had been put up against a wall near the window and shot from the door, and it was impossible he had been shot through the window.”

No British soldiers were ever charged with the murders on North King Street. 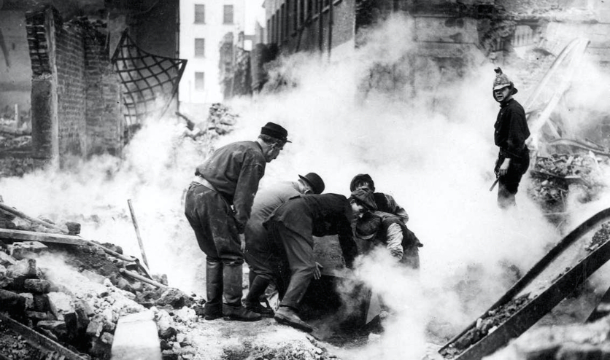