EU to raise concerns over concentration of media ownership in Ireland 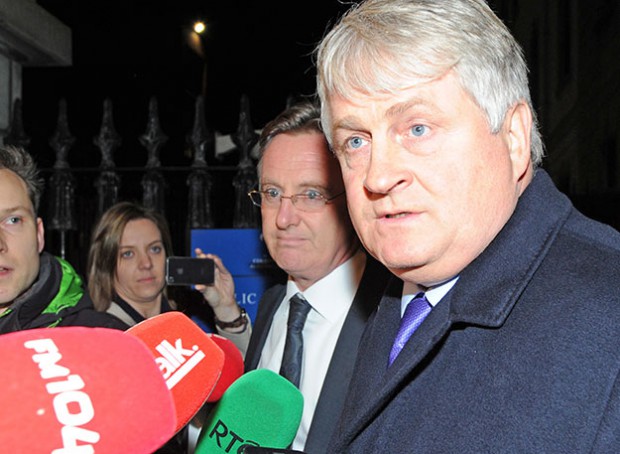 AN UNPUBLISHED REPORT from the European Union criticises the concentration of media ownership in Ireland, RTÉ reports.

RTÉ's This Week programme cites an unpublished report carried out by the Centre for Media Pluralism and Media Freedom based in Florence for the EU Commission.

Research for the section dealing with Ireland was carried out by academics from Dublin City University's (DCU) School of Communications and has been seen by RTÉ.

The documents, reportedly circulated at an international conference in Italy last year, express serious concern about the state of media freedom and pluralism in Ireland.

Using a scale of 0.00 to 1.00, Ireland is graded at 0.7 in the 'concentration of media ownership' category – this ranking places the state in the area of highest concern.

Any state with a grading of 0.66 or more is considered “high risk” in the threat to media pluralism – meaning there is a lack of alternative views in the media.

The final report is expected to raise questions around the lack of specific laws and barriers to reduce the concentration of media ownership.

The report will also look at the inability of the state to deal retrospectively with concentration of media ownership.

O'Brien is the principal shareholder of Communicorp – which includes radio stations Newstalk, Today FM, 98FM, Spin 103.8, TXFM and Spin Southwest – and enjoys a 24% share of the state's daily radio listenership (and 50% of Dublin's).

O'Brien is also the largest shareholder of Independent News & Media (INM) which has a 50% share of the daily newspaper market.

“I am not surprised by the findings. The NUJ has been calling for a commission on the future of the media industry in Ireland for some time. The issue around concentration of ownership is multi-faceted – we believe the ownership of either print or broadcast media in the hands of one individual, or a group of individuals is problematic in terms of the capacity of one person or company to influence public opinion,” he said.

Recent reports have criticised the bias in media reporting during the recent General Election:

“You can see the relevance of that in the context of something like a General Election,” said Dooley.

“It also means access to information is controlled by an individual and that is a real concern. The current situation is that if you look at a map of Ireland and go from Belfast to Kerry – the dominant owner in the print industry is Independent News & Media and that is a situation which is simply not sustainable.”