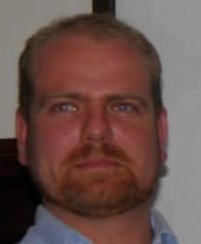 News website The Journal described it as “a blow [to Labour] with the news that yet another councillor has left the fold – this time to join Sinn Féin”.

Tom Redmond had been a member of the Labour Party since 2003 and was elected as a councillor in Athy in 2009.

He said he has resigned from the Labour Party after a period of serious disillusionment with the direction of the party and its actions in government.

“I am no longer prepared to represent a party which does not reflect my views or the people who elected me,” Tom said on local radio.

“The Labour Party has failed to represent the best interests of ordinary working people or to protect the most vulnerable in our society.

“I have joined Sinn Féin because I believe the party is genuinely committed to building a country where the interests of the average citizen comes first and because of its genuine and positive work within communities across Ireland.

“I look forward to working with Sinn Féin colleagues in promoting a political alternative to the austerity agenda of Fianna Fáil, Fine Gael and Labour which is doing so much damage to our country and its citizens.”

“This latest development is a clear sign of the growing appeal of Sinn Féin across the length and breadth of Ireland as we provide a real and credible alternative to the failed political consensus that exists between Fianna Fáil, Fine Gael and Labour on the key issues facing our country.”