Cover-up and lies at heart of the British Establishment 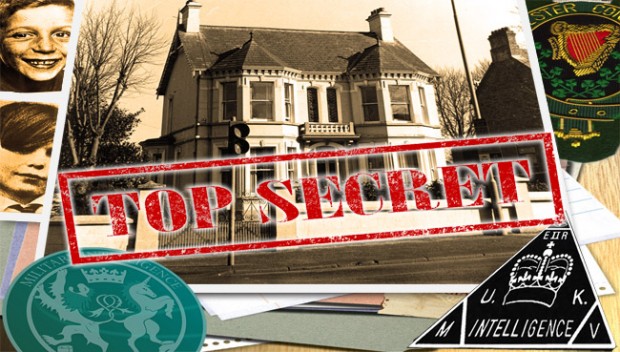 • Scandal: When the Kincora affair was first exposed allegations were made against British Establishment figures

At the centre of the affair was Kincora housemaster William McGrath, who was the head of the loyalist paramilitary group Tara and a man central to the formation of the loyalist Ulster Defence Association (UDA) in 1971.

REVELATIONS about the sexual abuse of children by fallen TV icon and friend of British royalty and Margaret Thatcher, Jimmy Savile, have rocked an otherwise solid British Establishment.

The stories of Jimmy Savile’s seemingly insatiable sexual appetite has also shaken that pillar of society and beacon of propriety, the BBC.

The reputation of the British state-run broadcaster – under whose cover many of Savile’s predatory attacks occurred – has taken a battering.

It has forced the resignation of BBC Director General George Entwistle after being in the job for less than two months. His position became untenable, when it emerged he knew nothing of the BBC Newsnight programme’s intention to broadcast unsubstantiated allegations linking a very senior Tory politician from the Thatcher era to a child abuse sex ring at a children’s home in Wales.

The revelations around Jimmy Savile and the suspicions that people in authority knew about and covered up his abuse have clear echoes of the scandal surrounding the Kincora Boys’ Home in Belfast in the 1970s and 1980s.

The systematic abuse of young boys in the home and the part played by the British intelligence organisations to keep the scandal under wraps ensured that one side of the murky world of unionist paramilitarism and its links to the crown forces was kept out of the public domain for years.

The scandal eventually unravelled in the early 1980s. 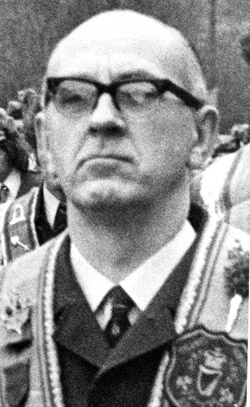 At the centre of the affair was Kincora housemaster William McGrath, who was the head of the loyalist paramilitary group Tara and a man central to the formation of the loyalist Ulster Defence Association (UDA) in 1971.

McGrath was also closely connected to senior figures in both major unionist parties as well as having links to the Orange Order. Indeed, a previous Grand Master of the Orange Order and Ulster Unionist MP Martin Smyth presided over the dedication of McGrath’s Irish Heritage Orange Lodge.

McGrath and his associates in the Kincora Boys’ Home, in east Belfast, sexually abused the boys under their care on a regular basis. Some of the boys in the home were from troubled family backgrounds while others were orphans who were particularly vulnerable as they had no protection from their abusers.

Allegations were made in Private Eye when the Kincora affair was first exposed that senior British military and judicial figures engaged in sex with the boys. Some commentators have disputed theses charges but what has never been in doubt is the fact that senior unionists with whom McGrath was associated failed to take any action to expose and or prevent the continued abuse in the home.

Intelligence operatives passed on first-hand information to politico-military figures based in British Army headquarters at Thiepval Barracks in Lisburn to the effect that the Tara leaders and others were abusing boys in the home.

A British Army intelligence officer known as ‘James’ was receiving information from a Tara insider called ‘Sydney’ and was constantly updating his superiors.

The British Army officer was eventually told by a political adviser to drop any contacts or investigation into Tara.

Another significant dimension to the Kincora and McGrath/Tara story is the connection with the apartheid regime in South Africa.

McGrath recruited teenager Charles Simpson into Tara in the 1970s. Simpson was later encouraged to emigrate to southern Africa where he enlisted in the army of the renegade, white-dominated former British colony led by Ian Smith. He was later to move to South Africa and join the South African police.

It was Simpson and Dick Wright – an uncle of Alan Wright of the Ulster Clubs, who was an arms procurement officer with Armscor, the South African arms industry – that British Army agent Brian Nelson used to import tons of arms distributed to the UDA, UVF and other loyalist death squads in the late 1980s.

McGrath was convicted in 1981 and sentenced to four years’ imprisonment for the sexual abuse of boys in Kincora. Despite his trial and five separate inquiries into the Kincora scandal, the real story has yet to emerge.

William McGrath died in Ballyhalbert, County Down, in 1992.

It remains to be seen if the Jimmy Savile and similar scandals will reawaken investigations into Kincora and the role of the British military and intelligence services.